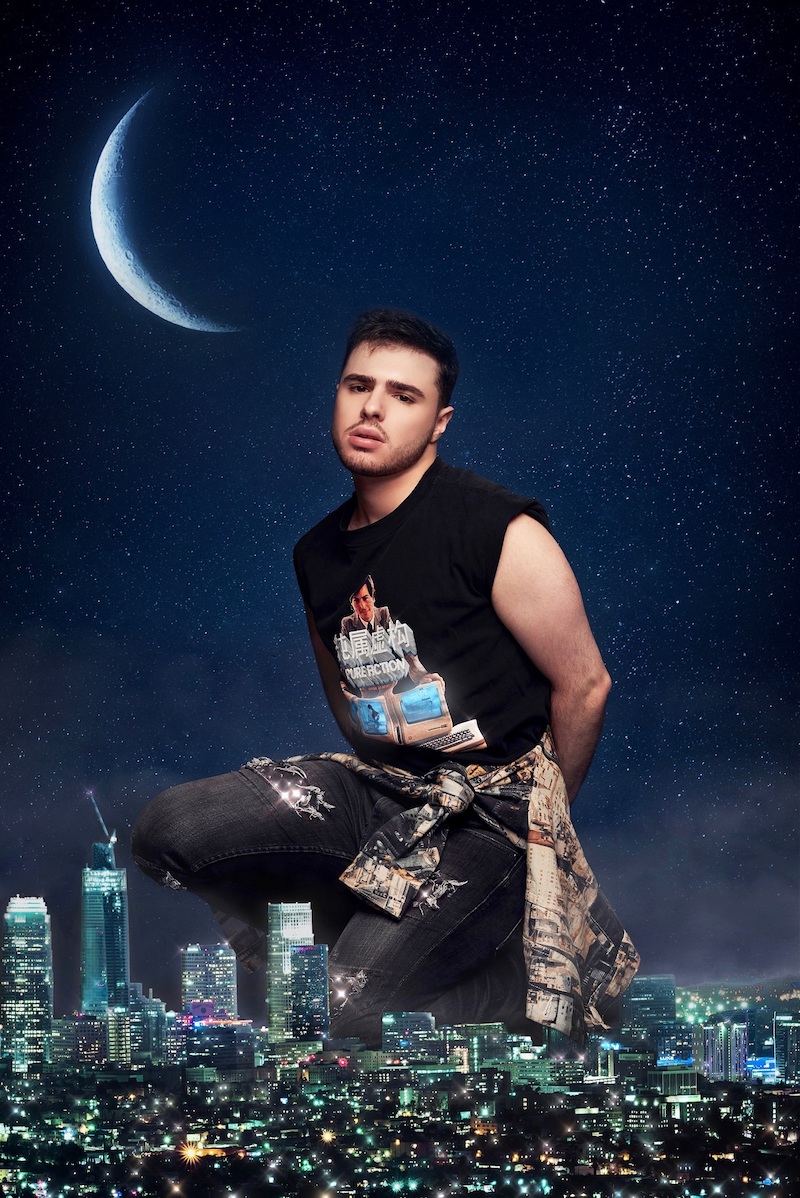 Pop force MkX has released the official audio for his electro-pop feel-good single “Welcome to 2021”, which has sparked an array of attention from social media users ready to dance their way through the new year.  The single, which quickly became a trend on TikTok, has been gaining support from a multitude of the app’s shining stars such as: Addison Rae & EnzoEli, Bella Poarch, Noah Beck, Ondreaz Lopez, Quinton Griggs (Sway House,) GKAY, Heidi Montag and more.  The pulsating single has already received radio support from stations around the country and is currently #1 on All Access Top 40/Mainstream Downloads chart and Top 40/Mainstream Streams chart in addition to MkX currently being in the Top 20 of Most Active Independent Artists at Mediabase Top 40 Pop.  “My goal was to create an electro-pop dopamine rush to brighten up the start of the new year.  2020 was super tough for a lot of people, so I wanted to make an upbeat track for everyone to celebrate the end of this crazy chapter,” shared MkX.  “My main objective when I write and produce my music is to create songs that make people feel good and put some optimistic energy out into the universe.  I’m super excited to see so many people resonating with the song and its message!”  “Welcome to 2021” is the follow up to recently released pop single and music video for “Fall” which was created entirely by MkX in quarantine and pulls inspiration from pop’s golden age – when Britney Spears, NSYNC, and the Backstreet Boys, were dominating the charts – to pay homage to the futuristic, CGI-drenched videos of the 90s and early 2000s.”  The single was recently featured in a dance video master-minded by superstar choreographer Brian Friedman (Britney Spears, Beyoncé, Rihanna.)
Architecting every nuance of his vision to blend R&B with high-tech industrial sound design to create glossy pop gems, MkX uses his music to empower both himself and his listeners, encouraging them to dare to be different.  Independently racking up close to 5 million Spotify streams, MkX recently collaborated recently collaborated with rap sensation CupcakKe on “Down” and released a hyperpop cover of Black Eyed Peas’ “Don’t Phunk With My Heart” (which received their stamp of approval.)  MkX’s recent singles – including “Stay” and “right place, at the right time”– have earned him top 5 placements on Mediabase’s Top 40 Pop Charts and scored heavy rotation on SiriusXM. His polished, pop-infused R&B anthem “One Sided Love” hit the Billboard Top 40 Indicator chart and received support from radio which lead to the track regularly being played in retail stores nationwide.  An accomplished songwriter, producer, and pop scholar who uses his encyclopedic understanding of pop music to craft his own world, MkX draws his sonic and visual aesthetics from millennial nostalgia and pulls inspiration from producers Max Martin, Rami Yacoub, Darkchild, Sophie, and Cashmere Cat alongside multifaceted artists like Lady Gaga and Tinashe.  MkX also produced and co-wrote “Young & Wild” for K-Pop supergroup TWICE’s platinum-selling EP YES or YES which hit #1 in South Korea and Japan.  Before emerging as a solo artist under the moniker MkX – where the “X” represents self-expression through his art – MkX previously toured with Ariana Grande, Christina Perri, Rixton, and more to help the world find their own “X” before attending the prestigious Berklee College of Music in Boston, where he recently graduated Cum Laude.  You can connect with MkX via the following links.  Photo credit: Anthony Grasetti.
Website | Facebook | Instagram | TikTok | Spotify | SoundCloud | iTunes/Apple Music | YouTube | Deezer