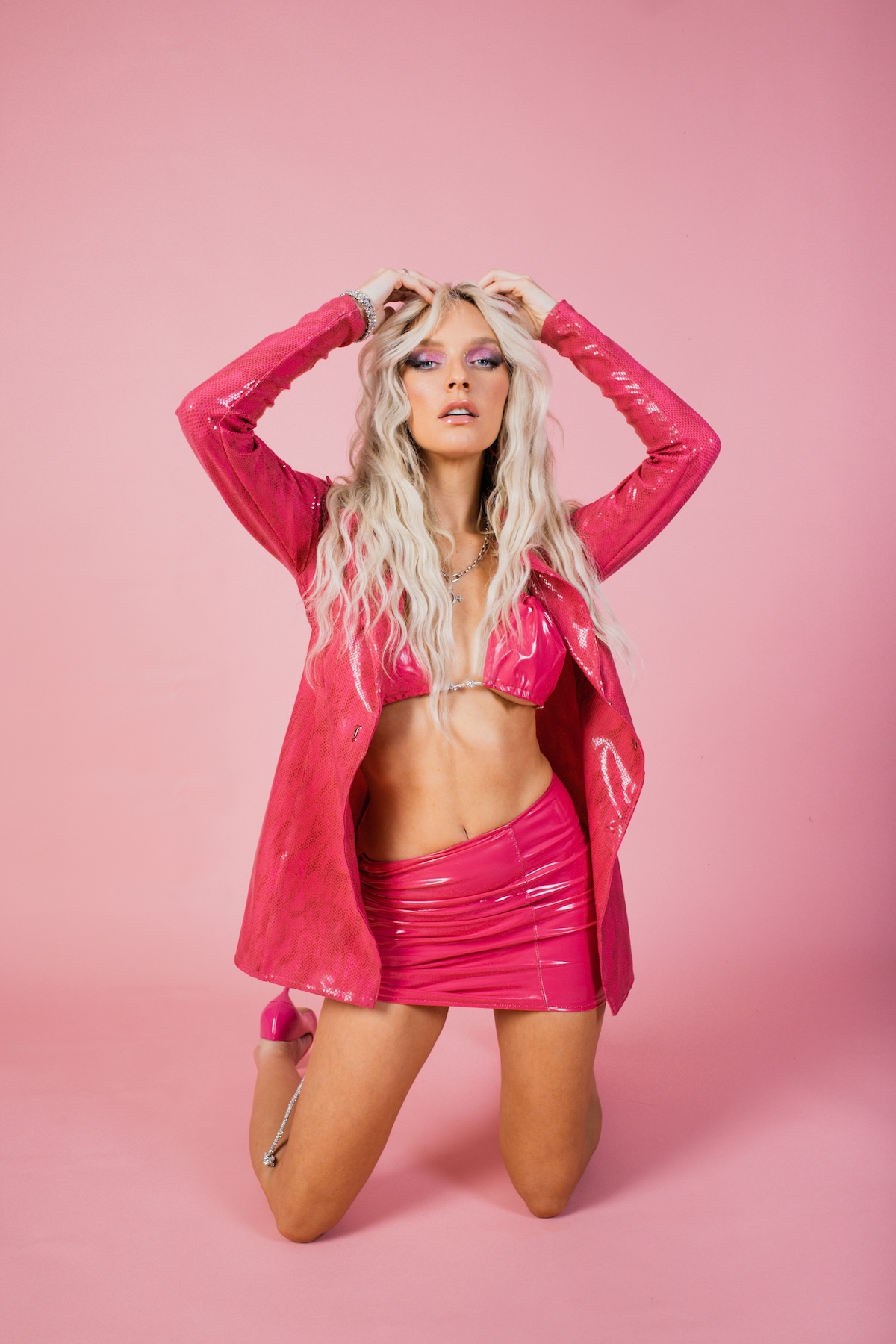 Alt-pop sensation Zolita has released her new single and video “I F*cking Love You,” the final installment of her viral cinematic trilogy which puts a brilliant twist on the nostalgia of ‘90s teen movies.  Following the previous two installments “Somebody I F*cked Once” (which sees high school cheerleader Zolita falling for the artsy outsider Gia, played by Tatchi Ringsby, ahead of prom) and “Single In September” (which brings the heartbreak of separation after graduation and a summer of love), “I F*cking Love You” jumps ahead five years. Despite being in different places in life, Zolita (now a big pop star) and Gia (a photographer) experience an unexpected and joyful moment of reconnection.

The trilogy, which has quickly added to her more than 140 million global streams, was masterfully produced, directed, and edited by Zolita, whose passion for both music and filmmaking drives the creation of her colorful, narrative-driven music videos. “I F*cking Love You” made its broadcast premiere on MTVU and MTV Live.
“‘I F*cking Love You’ is the culmination of a love story that began last year with my song ‘Somebody I F*cked Once,’” shares Zolita. “When that music video went viral, I saw the way that so many people, especially queer women, felt grateful for the representation of a girl/girl love story with a happy ending and I knew I had to expand upon that with my next two tracks. ‘I F*cking Love You’ takes place five years in the future and sees the characters coming back into each other’s lives in a new way. The song itself is one of the first true love songs I’ve ever released, and I think it perfectly encapsulates the euphoric, terrifying feeling of falling in love, both sonically and lyrically.”

As a force for LGBTQ+ inclusivity and acceptance, Zolita will bring her music and message to LA Pride’s main stage June 11, joining Christina Aguilera, Anitta, Michaela Jae, and more (PRESS HERE for tickets). Zolita also recently released Somebody I Fucked Once (The Extras), a B-side featuring a raw, stripped-down version of the single and an airy club remix by musician Lady Bee, and “Single in September (Acoustic)” which reimagines the original track as a piano-driven ballad that introduces a deeper level of poignancy and heartbreak through Zolita’s delicate vocals. A truly multidimensional artist with limitless creative energy, the singer, songwriter, and filmmaker pairs her fiercely honest musical output and wildly catchy pop-punk hooks with music videos that reveal her singular aesthetic and sophisticated skills as an independent creator. Zolita’s music brims with a glorious radiance and comes to life even more with vibrant and striking storytelling that complements the music brilliantly, earning praise from the likes of Billboard, i-D, Paper Magazine, V Magazine, Out Magazine, NYLON, Gay Times, Dazed, Interview, and more. You can connect with Zolita via the following links.  Photo credit: Jade DeRose.
Website | Facebook | Instagram | Twitter | Spotify | SoundCloud | iTunes/Apple Music | YouTube | Deezer | Tik Tok