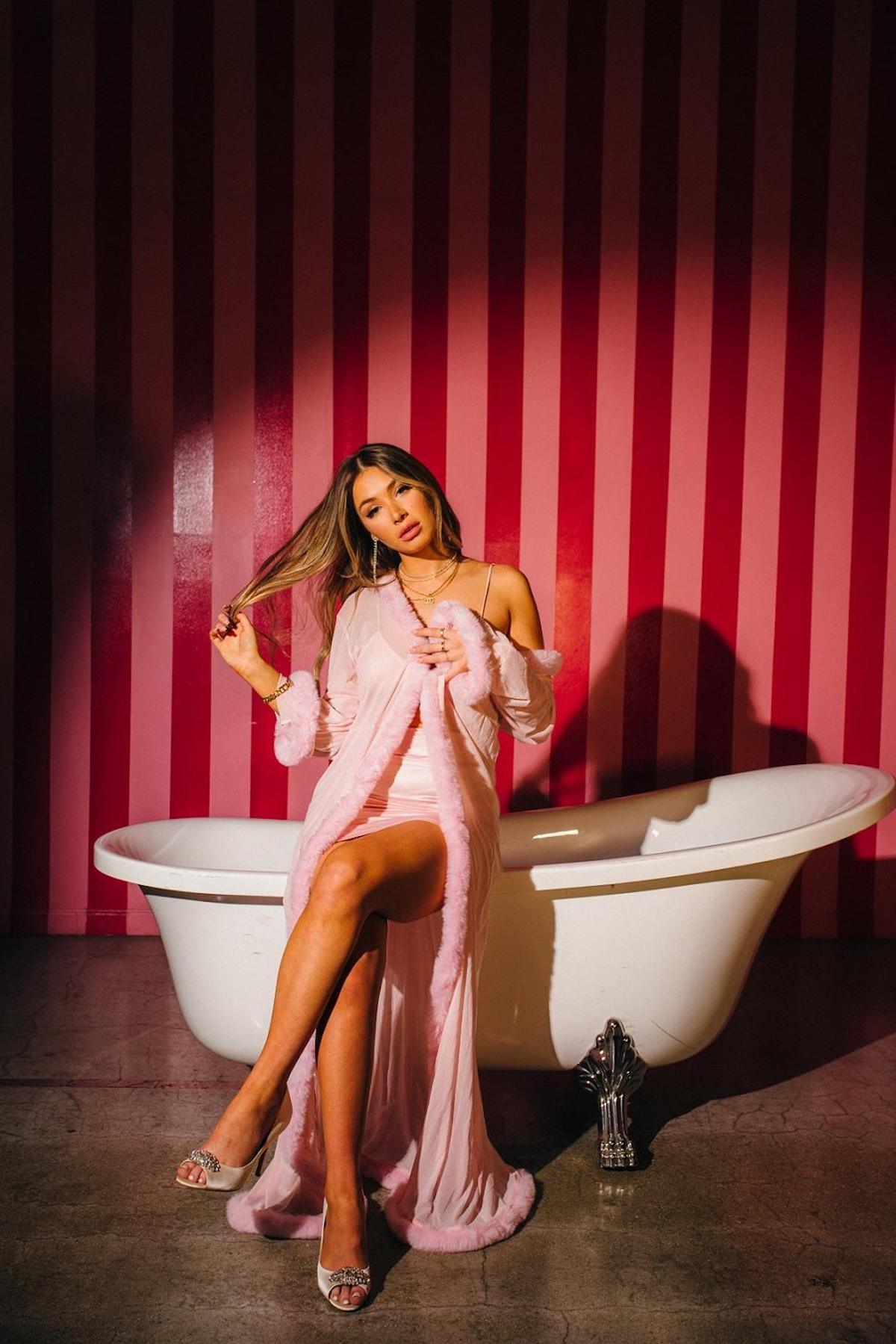 Rising singer, songwriter, and actress Ally Barron has released her mesmerizing dance-pop anthem “Read It and Weep,” empowering listeners to bet on themselves, let go of toxic energy from the past and savor the beauty of now. The single is the follow up to Ally’s debut EP Sincerely, AB. The five-track collection features powerful rhythmic pop singles “What’s Her Number” and “T-Shirt,”  and offers dreamy, dance worthy pop bops and lyricism that reminds listeners to remember their worth.

“‘Read It and Weep’ is a song that empowers independence and self-growth and it’s a song that heavily speaks to me after being through some tough relationships,” shares Barron. “I hope people take away that it’s okay to be lonely and uncomfortable because sometimes the best parts of life come from that. Surround yourself with amazing friends and live out your best single youthful years–Life is too short to be surrounded by toxicity.”
After independently gathering 30 million streams and 4 million views, Ally Barron now says everything she always wanted to say in her songs. During high school, she began to post covers of pop songs and quickly attracted an audience. By senior year, she landed a lead role on the Awesomeness TV show Malibu Surf. Playing a character of the same name, she recorded a handful of tracks for the series. Among those, “Just Friends” amassed 23 million Spotify streams followed by the fan favorite “Start Again.” As her profile rose, she also starred in the Malibu Surf spinoff City Girls and contributed “Moving On” to the show. Along the way, she shared her solo debut “D T M” and continued to gain traction. In the midst of the global pandemic, Malibu Surf closed production, allowing her time to focus on her true passion: music. Ultimately, these messages from Ally are meant to inspire in a big way. “I want to reach everybody with my music and be a role model for girls of all ages,” she leaves off. “We’re all growing up and going through these issues of boys, being your own woman, and different stages of life. I want to be there for those girls, if they need someone to talk to.” You can connect with Ally Barron via the following links.  Photo credit: Anna Cappello.
Facebook | Instagram | Twitter | Spotify | SoundCloud | iTunes/Apple Music | YouTube | Deezer | TikTok