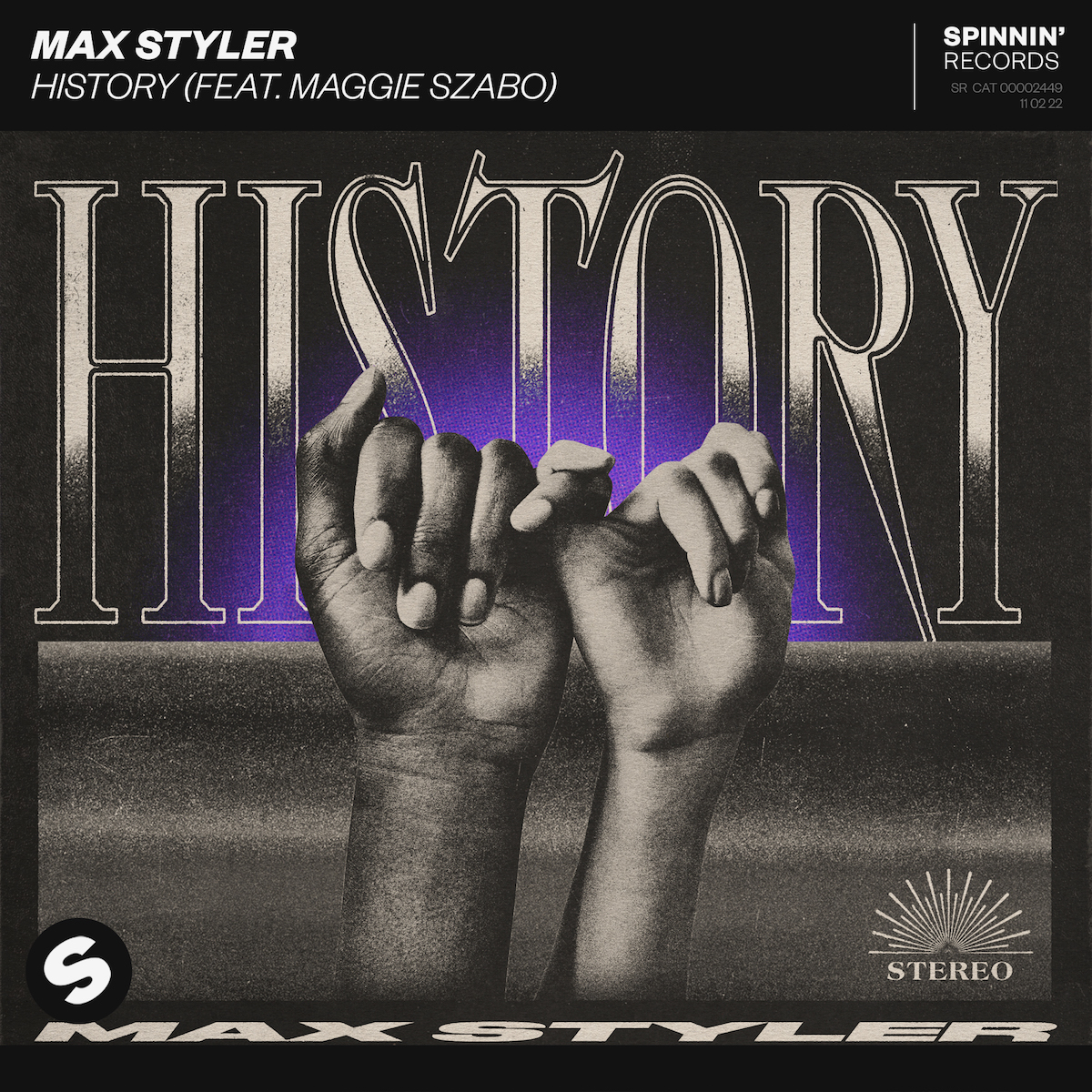 Pop Powerhouse Maggie Szabo and seasoned Spinnin’ Records electronic producer Max Styler team up for their new single “History”, out today. This energetic and heart-pumping dance track is layered with nostalgic production with an ear towards the future highlighting Styler’s killer production instincts. Maggie Szabo brings this song to life with her epic vocal range, and her natural ability to capture the spirit of the dance floor in her delivery. Together Szabo and Styler’s aesthetics pair perfectly, making “History” a true 2022 standout EDM hit.

“This song holds a lot of memories for me because it was written during my trip to Amsterdam, which is one of my favourite places to visit. I wrote it with a few friends just outside of the city, and we knew it was going to take the right producer to help us get it to the finish line. Max heard the song and knew exactly where to take it. I love his musical sensibility and I’m so glad the stars aligned for us to work together on this release!” – Maggie Szabo

Max Styler is an accomplished and seasoned house music producer who at the age of only 26 has amassed a decade-long body of  work that rivals most producers’ entire careers. Styler lives and breathes house music and sonically he’s found his groove and has become a stand-out in the house music game. Styler has performed on the stages of Tomorrowland, Electric Zoo, Coachella, and Space Ibiza worldwide. In 2019 Styler’s single “Let Me Take You There” stormed dance radio charts and made the Top 5 landing at #4 in North America, including two consecutive weeks as the #1 played record on Sirius XM’s Diplo’s Revolution. Styler was featured in August 2019 on  the cover of the “Dance Rising” playlist, Spotify’s #2 biggest dance/electronic editorial playlist in the world. Styler has forged brand relationships and was commissioned in 2019 by Audemars Piguet to compose a song for their golf  commercial. Styler is also a feature in the Puma Golf marketing campaign in the summer of 2021, provided the music for Macy’s summer fashion collection and scored the Madden 2019 video game. Styler unleashed a barrage of music in 2021 releasing 13 singles on some of the biggest house labels in the game such as Saved, Realm, Spinnin Deep, Toolroom, Spinnin, and Musical Freedom.

Hailing from Canada but currently based in Los Angeles, Maggie Szabo has been extremely busy releasing a series of high-profile singles, remixes and EPs that have put her on the map as a pop artist and changemaker. In late 2021, her hit single ‘My Oh My’ was named Stingray Radio’s “Trending Track” and hit the Canada Hot AC Chart at #27 (alongside Dua Lipa, Ed Sheeran and Adele), taking over radio throughout Canada. Szabo has over 27 million streams on Spotify, four million views on YouTube and more than 30 notable placements in film and television (E!, Disney, ABC, NBC, Netflix). In October 2021, she released “Sweet Illusion” with GRAMMY-nominated DJ and producer Morgan Page (Armada Music) which was featured by Rave Jungle, Rolling Stone India, EDM Sauce, The Nocturnal Times, T.H.E. – Music Essentials and many more. Szabo’s recent EP ‘Rebuild’ and preceding singles were premiered by Celeb Secrets, Rolling Stone, Flaunt Magazine, EDM Maniac and American Songwriter, to name a few. Other notable media include Parade, Atwood Magazine, CelebMix, The Advocate, Billboard, Popdust, Huffington Post, EARMILK and many more. Szabo has also been making waves on prominent Spotify playlists including New Music Friday Canada, Cardio, Fresh Dance Pop, Gym Workout Motivation, New Music Friday Switzerland, New Music Friday Deutschland and more.