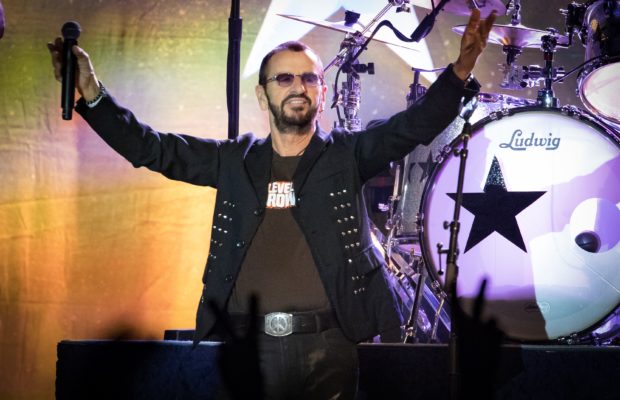 Ringo Starr and His All Starr Band

The “13th All Starr Band” Tour

Cleveland got a special treat this week when Ringo Starr brought his All Starr Band to the sold out Hard Rock Rocksino in Northfield.

His stellar lineup on this tour includes:

– Steve Lukather (Toto and countless others) on guitar

The venue was a perfect fit for a small, intimate show with the Beatle, who wore a “Cleveland Browns” shirt when he walked out on stage, celebrating the first win for the team in nearly two years the night before.

Ringo sings about half of the songs and spends he rest of his time on stage behind the drum kit.

On this tour, each of his four All-Starrs leads the band on three of their hits. One of the highlights last night was the Lukather-led “Africa,” a #1 hit for Toto in 1983 and the band closed out the night with “A Little Help From My Friends”, which only seems fitting.

24. With A Little Help From My Friends with Give Peace A Chance (Beatles cover)