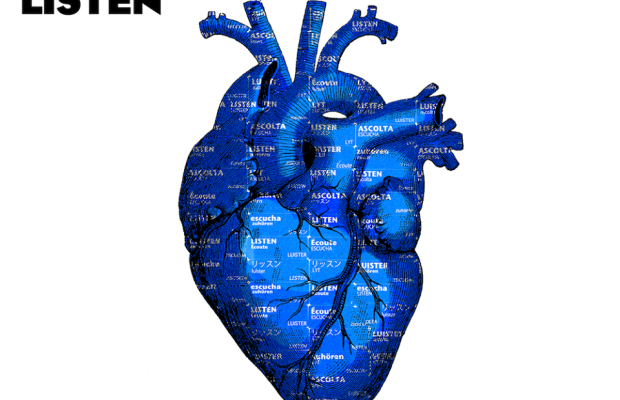 Thirty seconds into Listen and it becomes undeniably obvious that The Kooks are back with a brand new sound and an even bigger message for the world – they aren’t playing around.

It is very clear by the second song that they really stepped up the production of this album which is why it probably took them so long to record and release it (I thought they had fallen off the face of the Earth, too).

Taking a psychedelic route with this fourth album, their new batch of songs are fun and well written – each track having the ability to stand alone as an individual piece, but still powerful enough to bring the album cohesively together.

As a band mostly known for their stripped down and guitar heavy songs, The Kooks really turned it around with Listen. Every song holds lyrics that stand true to the band, but the overall musical composition of the album is way ahead of where they were with their last release, Junk Of The Heart (2011). Every single song has multiple instruments and beats incorporated, creating this background of chaotic sounds that all somehow fit into a harmonious and energetic tune. Your ear will catch something new every time you listen, the artistic vibes reaching a higher caliber than any of the band’s past releases.

“Forgive & Forget” is definitely Listen’s frontrunner. As a tune that starts out with a Kooks tradition, a simple guitar riff and the vocal stylings of Luke Pritchard, the track transitions quickly into the psychedelic and beautifully produced piece of work. With multiple instruments looping together and one hell of a catchy chorus, “Forgive & Forget” is the perfect first taste of Listen that will surely get you moving and intrigued.

For those diehard Kooks fans that wish the UK rock band had stuck to their old style, Listen’s “See Me Now” and “It Was London”  are the go-to tracks for that fix. Guiding the first half of “See Me Now” alongside Pritchard’s vocals is a simple piano piece, the mellow track holding a heavy comparison with a tune that could be found on Inside In/Inside Out (2006). The beautiful sounds of a gospel choir slowly fill into the song, complimenting it’s rather stripped down tone and simplistic composition.

“It Was London” could easily have been a track featured on Konk (2008), only this time, The Kooks added far more percussion and backup instruments to keep their innovative music approach weaved in. It’s guitar heavy, it has a very Brit rock influence and it is the track that definitely goes back to the band’s roots and the style they started with years ago.

For a lot of artists in this music genre, a band’s sound and style can really start to become redundant and lose listeners’ interests who are partial to the band’s first or second albums. Listen is the perfect step forward for them, however. It’s with the times, falls in line perfectly with the indie-rock genre that has been evolving over the past few years and still has the hint of old school Kook’s style that grabbed people’s attention in the first place.

To put it simple, the three year wait was definitely worth it.