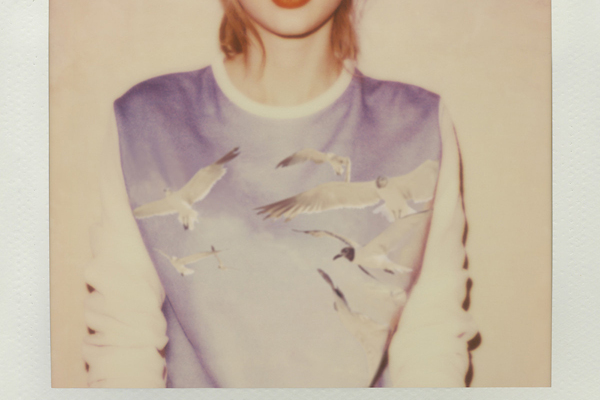 I pressed play with an extreme amount of skepticism. When Taylor Swift announced that she would be completely dropping her cowboy boots and country twang for sparkly crop tops and backup dancers, I was very intrigued, but curious to see on if this new transition was going to be a career changer or career breaker for the starlet.

I was less than impressed with her first single “Shake It Off”. In fact, I turned it off every time it came on the radio and tried to stay as far away from it as possible. As a typical pop track, it held strong meaning that all of her songs possess, but it was lacking the musical abilities that she has showcased over her years in the industry.

Mostly, I was worried that this complete crossover into the pop world was going to leave her sounding unauthentic and in the same category as many of the artists who sold out to stay on top. It’s such a trivial term “sell out”, but as many artists have shown in the industry, changing your sound to fit into the high selling pop genre isn’t always a good career move.

“Out Of The Woods” came out next and I was still unimpressed. Even though Jack Antonoff (fun. and Bleachers) co-wrote on the track, the over the top effects overshadowed Swift’s strong lyrics, leaving me feeling like I was in a bad 80’s movie. The album was starting to look hopeless for me.

After scrolling through my Tumblr dashboard late one night, however, things changed in an instant. Clicking play to a track on 1989 called “Wildest Dreams”, all of my prediction for the fifth studio album flew out the window. This was the Taylor Swift I was hoping for.

I’ve been involved in the world of Taylor Swift since her days of singing about Tim McGraw so I am fully aware of her songwriting capabilities. “Shake It Off” had proved to be a poorly written and repetitive radio pop song used for marketing and “Out Of The Woods” was nothing but an overproduced tune that only left me with a headache.

Taking a page out of the Lana Del Rey handbook, “Wildest Dreams” is a track that I have listened to over forty times since the album dropped last Tuesday. The song is simplistic, something that Taylor does best, it’s beautifully written and it is a song that doesn’t cause her voice to strain – what she lacks in vocal ability, she makes up in songwriting.

It is her track “Style” that will easily be one of the most successful songs on 1989. Inspired by her short relationship with One Direction heartthrob Harry Styles, this song is a flashback towards the brutally honest songwriting Taylor has gained a reputation before. With catchy and rhyming lyrics, she is able to tell almost the entire story of their relationship in the nearly four minute song, showing her knack for detail when it comes to writing. Describing Styles’ literal style and persona, Taylor doesn’t miss a beat – even throwing in the lyrics “take me home” as a reference to One Direction’s second studio album, Take Me Home.

As “Style” showcases, Taylor is a very technical writer. Every little lyric, melody and beat is well thought out which causes her songwriting to be completely raw and honest, giving her more edge than many of the pop stars out there today – her writing is the fuel to her success. There are layers upon layers of details that you have to peel back and interpret for yourself – I always discover something new every time I listen to one of her songs.

“New Romance” is probably Taylor’s most different song. With a heavy techno-pop influence, Taylor Swift won’t be a first guess for many who first listen to it. With lyrics like “and everyday is like a battle, but every night with us is like a dream”, this is a carefree track that will easily start getting airplay once the spring skies start to part – this song is going to be huge next summer. With a big production and the fun, lighthearted message that comes with it – I wouldn’t be surprised if this became the summer of 2015’s big hit.

So, I would like to retract my earlier statement about this album being hopeless. After selling over 1.2 million albums in its first week, 1989 is already the most successful album of the year. With a world tour announced and tracks from 1989 holding high slots on the charts – Taylor is continuing her quest for world domination and we might as well let her. Everything this girl touches turns to gold.