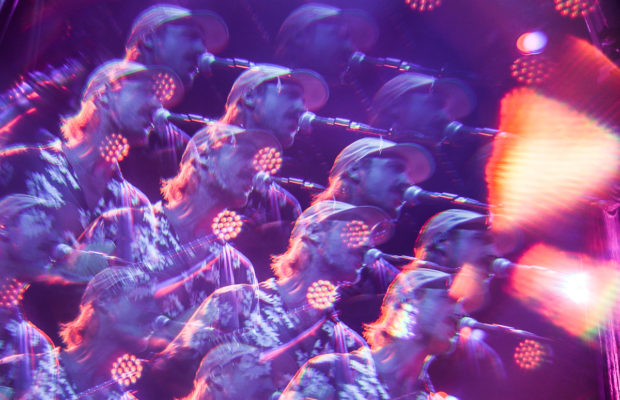 Nested in the lower east side of Manhattan is a music venue that I have been to many times over the years— the Bowery Ballroom. On this Friday night it was the record release show for Rayland Baxter’s new album Wide Awake out through ATO Records.

Beginning the night was a band called Okey Dokey, who hail from Nashville and are good friends with Baxter. Fronted by visual artist Aaron Martin—who was wearing a Rayland Baxter shirt that he had designed— they really had the crowd going with their psychedelic pop-rock soul sound.

Baxter came onto the stage to a very receptive and packed Bowery Ballroom. He had friends and family from near and far in the audience and even dedicated one song to his mom who was up in the balcony. He played songs off his new album Wide Awake along with some crowd favorites off of Imaginary Man and Feathers & Fishhooks that the crowd sang along to word for word.

He will be on tour the rest of the summer in the United States, so if he is coming near you I would highly recommend to go.