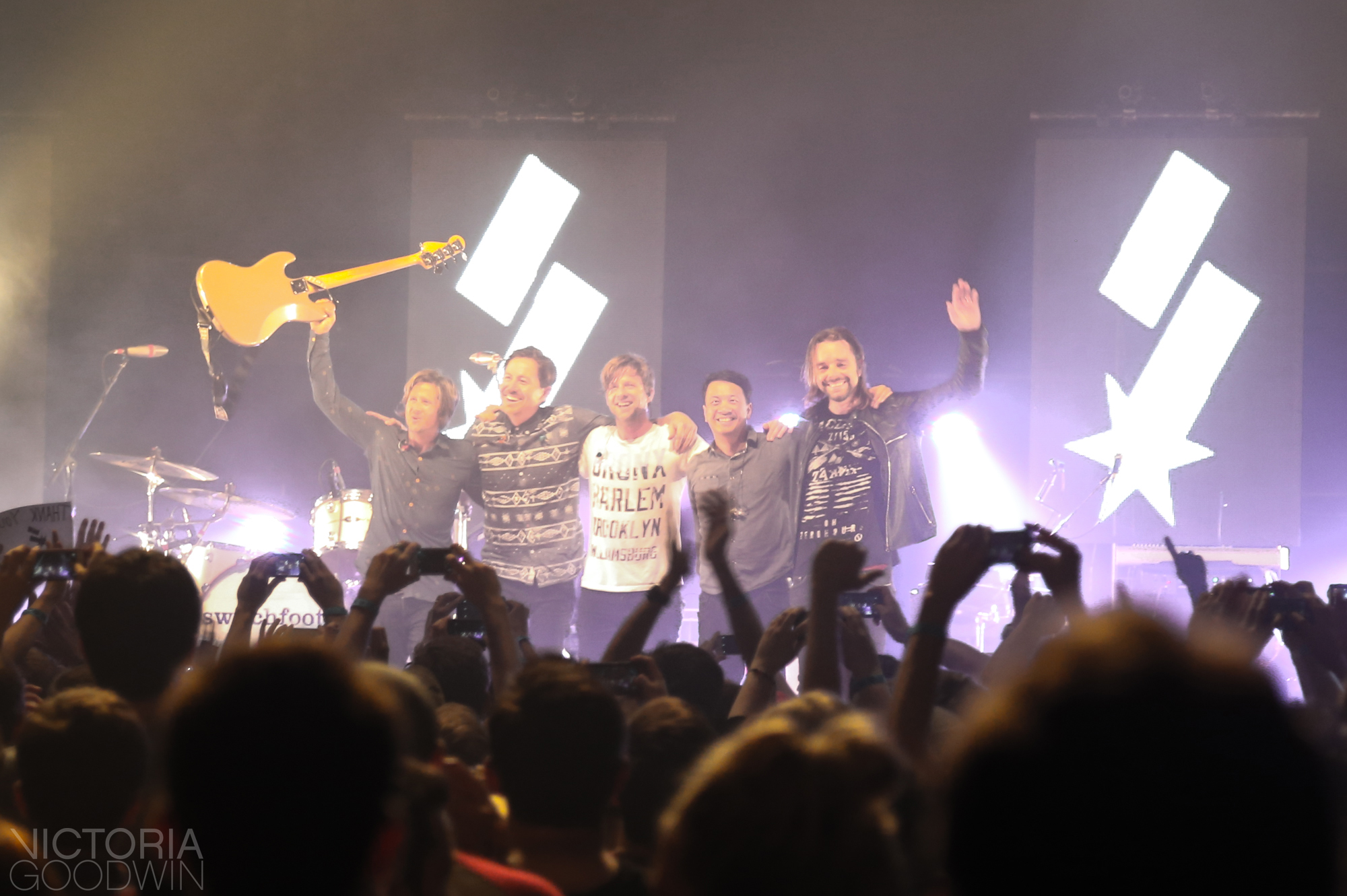 Every time I hear Switchfoot’s “Dare You to Move”, I am reminded of a time in my life where it was filled with complete bliss. Now, about 10 years later, the band has released their ninth studio album, “Fading West”, to where that feeling comes back full force…but in a different light.

A few weeks ago I had the opportunity to photograph Switchfoot at the local music venue that I work for and had such an amazing time that I wanted to photograph the event for Stitched Sound. This time, instead of my hometown, I traveled a few hours away to Nashville, TN where Switchfoot was preparing to play the final show of their tour.

You can tell the members of Switchfoot surely love what they do with the immense energy and great vibes that they give off during their shows. Frontman, Jon Foreman, enjoys standing on the ledges of the barricade and even sometimes getting into the crowd while singing his songs with help from his fans.