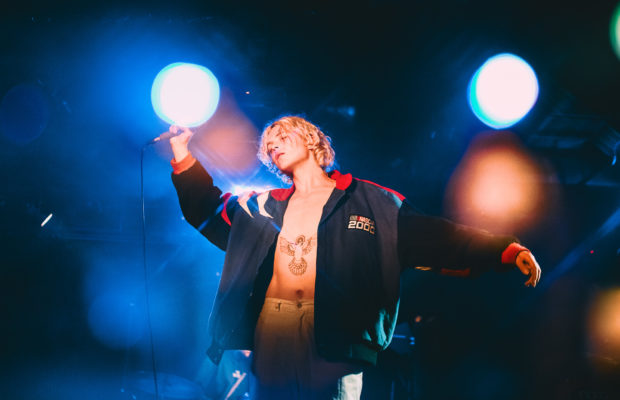 The evening started off with local psychedelic pop band Ponytails, who kicked off their set with their latest single Cherry Pie. The five-piece had a great energy for their set, joking around and clearly having fun on stage, getting the room warmed up for Cub Sport. The music scene in Vancouver is so varied and full of amazing talent, and the Ponytails guys are absolutely one of the top bands in the city at the moment.

Cub Sport made a very low key entrance to the stage, and then promptly got everyone’s attention with an amazing, ethereal version of their gospel-like song O Lord. Vocalist, Tim Nelson, isn’t the most lively frontman, and the whole band is quite static, but they are certainly full of a powerful energy that makes you feel their music to your core. Nelson stands at the front of the stage, seeming to focus all his attention on someone at the back of the room, and you are able to see and feel the emotion he puts into his lyrics and singing.

The Australian quartet, made up of Nelson (vocals), Zoe Davis (guitar/vocals/bass), Sam Netterfield (keys/vocals) and Dan Puusaari (drums), have been making their mark on the indie-pop scene since 2010, while still remaining independent and self-managed. In a time where a lot of the news and media aren’t the most heartwarming things to see, Cub Sport offset that with their beautiful songwriting, music, and general wholesomeness. If you’re feeling down about the state of the world, this band is what you need, whether you binge every video of them on youtube and have them on repeat on Spotify for days at a time, or go see them live, they will cure you of your woes even if just for an hour or so.