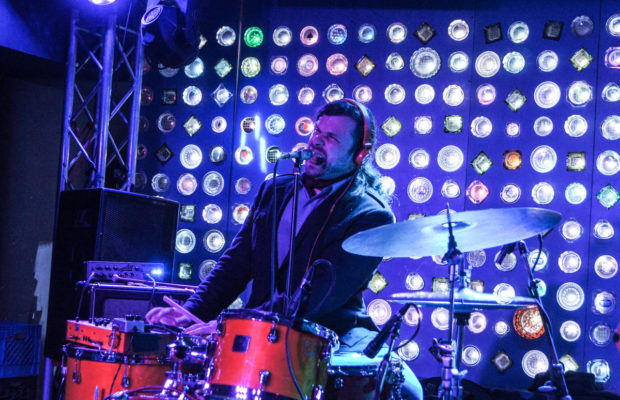 On Sunday, January 30th, Paris Monster took the stage at Baby’s All Right in Brooklyn for the first time to an enthusiastic crowd of friends and fans. Paris Monster is a duo consisting of Josh Dion on vocals, keys, and synth and Geoff Kraly on bass. If you were to listen to their songs and had never seen them live you wouldn’t believe that this sound just comes from two people and when you saw them live you would be in awe, the draw dropping kind. I’ve been a fan of theirs for a few years and with every live show they create a beat driven magical landscape with their funk and soul influenced sound that when you hear it, how can you stay still; you can not. On Sunday night Dion and Kraly played some crowd favorites that included “The Cause of it All,” “A Vision Complete,” “How Damon Caught His Sloane,” and “Grandma.”

If they play a show near you, go. If you do not, you will regret it. Their live show is on another level and will always want you wanting more. It does’t hurt that their lyrics and beats will sometimes get stuck in your head for days and maybe even weeks after. Be sure to follow them on social media to find out about their next show and give them a listen on your favorite streaming or music service.