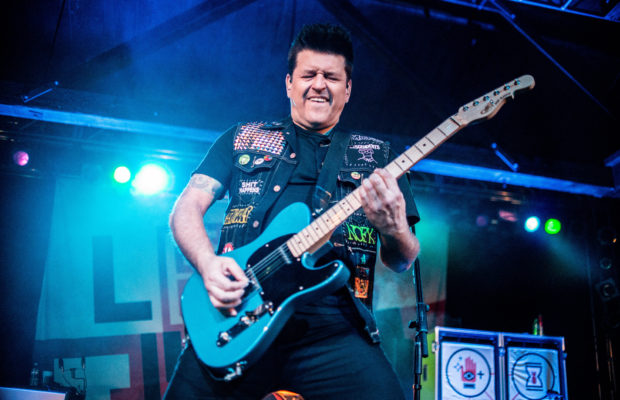 Pepper and Less Than Jake

The Pepper and Less Than Jake tour was greeted with an eager and energetic crowd in Seattle last week. By the time Pepper took to the stage around nine, many of those in the crowd were feeling the liquor and weed they consumed earlier in the night. But hey, who said Seattle couldn’t party hard on a Tuesday night?

The crowd was so enthralled by the performances Pepper and Less Than Jake put on that the two bands said multiple times how much they hated Tuesday shows, but Seattle had completely changed their opinion, making for one of their most memorable shows on their tour.

Pepper kicked off their set with their funk-filled song “Storm Trooper,” which fans eagerly sang along to with the trio. Made up of Bret Bollinger (vocals/bass), Kaleo Wassman (vocals/guitar), and Yesod Williams (drums), the band may be small, but they are mighty and gave it their all onstage.

Playing a mix of tracks off of their discography than spans over twenty years and seven albums, fans were treated with old hits and new tunes that had them grooving all night long. Included in their set list were songs “Stone Love,” “Your Face,” and “No Control.”

A particular highlight of the night was their performance of “Fucked Around (All Night)” where members of the tour’s opening band Kash’d Out joined Pepper onstage. As the newest reggae-rock band to sign to Pepper’s record label, Pepper used this moment during their set to expose Kash’d Out’s talent to fans that may have arrived later in the night.

Closing out the night with “Crazy Love” and “Ashes,” the trio showed their talent with reggae influenced rock tracks, playing a balanced set list that pleased both new and old fans.

Less Than Jake kicked off their set right, opening up with “All My Friends Are Metalheads,” off of 1998’s Hello Rockview. Playing a stacked set of eighteen songs that showed off what the band has achieved since forming back in 1992, it was a constant battle throughout the night of who could bring the most energy – the audience or Less Than Jake. While you could say it was a toss up, it was clear that both parties were equally into the performance and determined to make it an unforgettable night.

The stage presence of every member onstage – especially vocalist and guitarist Chris DeMakes, bassist Roger Lima, and trombonist Buddy Schaub – made for a truly memorable performance that showed each of the member’s musical ability and years of experience entertaining crowds around the world.

During their performance of “Johnny Quest Thinks We’re Sellouts,” they had t-shirts, other merch, and long streams of toilet paper being shot out into the crowd, keeping the crowd on the edge of their seats, wondering what Less Than Jake could possibly do next in their set.

Playing fan favorites that included “The Science of Selling Yourself Short” and “My Very Own Flag,” Less Than Jake also threw in a few new tracks off of their latest EP, Sound The Alarm, that was released on February 3rd via Pure Noise Records, showing that while their sound may have evolved over time, they are still the Less The Jake that people fell in love with.

Closing out the night with “The Ghosts of You and Me,” it is clear that Less Than Jake has created the perfect recipe for themselves that has kept them relevant in the industry for so long – a captivating stage presence, quality written and performed music, and a fanbase that continues to support them throughout the years.

So whether it’s a dreary Tuesday night or carefree Saturday, if Less Than Jake and Pepper are in town, you can expect an energy-filled night of good tunes that you won’t want to miss.