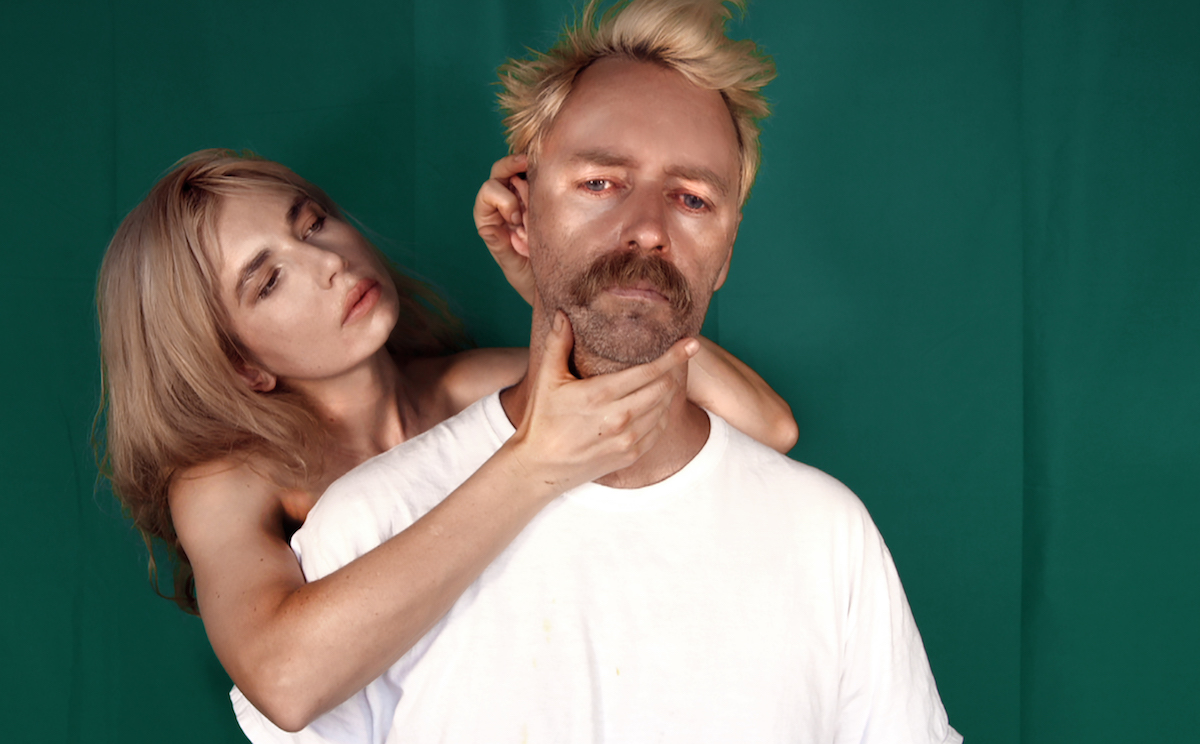 Electronic duo O Future (previous OOFJ), comprised of Katherine Mills Rymer and Jens Bjornkjaer, have released their new album Voyeur.  Highlighted by “Smell You,” which rocketed to #1 on the Hype Machine, “Telephone,” which previously reached #2 on the Hype Machine charts, “Spy” which premiered via Earmilk, “Crystal Shiny” which features Sune Rose Wagner of The Ravonettes and “Clothes Off” which features Matt Popieluch of Big Search, Voyeur blends the sounds the duo have made their signature calling, combining their analytically-created indie-electronic riffs with their signature orchestral symphonies and contemplative and vigilant lyrical content.  Since meeting in New York while pursuing two creatively different careers, the duo began working together on music almost serendipitously and have since released two albums under OOFJ, have directed, shot, produced, and starred in their narrative-driven music videos, scored Ai Weiwei: The Fake Case by Andreas Johnsen, as well as an upcoming feature length documentary by Weiwei, and an upcoming documentary on Grammy nominated Lukas Graham, who is the biggest selling artist ever from Denmark. With their new venture as O Future, the duo is actively working on scoring Andrew Van Baal’s upcoming feature film Ambrosia, creating an algorithmic opera with the graphic design team SULSOLSAL and a violin concerto with The Concert Master of the Royal Danish Opera.  You can follow O Future and stay up-to-date on all upcoming band, music and tour news, as well as stream and purchase their music, via the following links.  You can stream the album below: