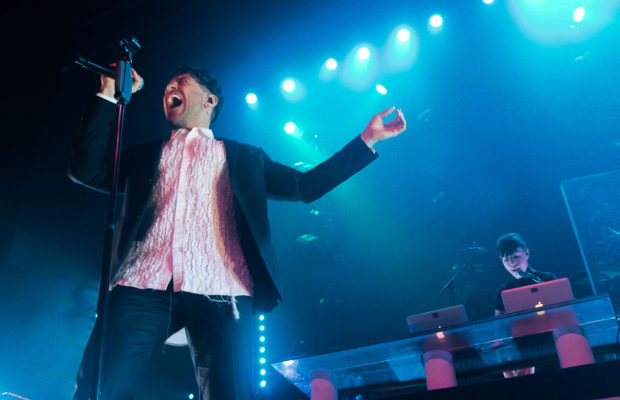 Photos & Review By Emily May

The Fonda Theatre in Los Angeles was the site of the first Circle V Fest, the first festival to ever focus on animal rights.  It was created collaboratively by Nathan Runkle of Mercy for Animals, musician Tony Kanal and Moby, with all proceeds benefiting Mercy For Animals. The festival was divided into two parts-outdoor activities during the day, such as vegan food trucks, guest speakers, clothing and accessories booths and a Kat Von D make up booth in which festival goers could receive a complimentary make-up application.  Once the sun went down, festival goers moved inside of the theatre for a concert which included performances by Cold Cave, Blaqk Audio and Moby.  It was a great first year which benefited a great cause, raising awareness for animal welfare issues and promoting causes related to animal welfare.