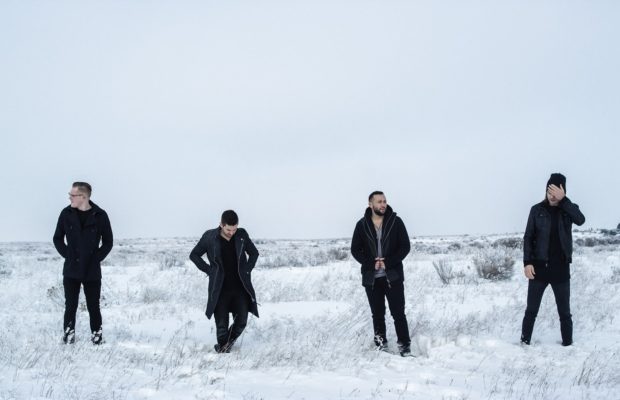 As alternative pop/rock band Night Argent finish up their forthcoming sophomore EP at Rainmaker Studios, the band has been teasing fans with a slew of videos, showcasing their impassioned musicality as they put their own twist on their favorite tracks. Today, Night Argent dropped their latest cover, their rendition of Zayn’s hit single from the 50 Shades Darker soundtrack, “I Don’t Want to Live Forever,” which can be viewed here. On the video, Chase Manhattan states:
“There always seems to be a bit of controversy around the ‘Fifty Shades’ franchise, but the soundtracks for both movies so far have been stellar, so we decided to cover one of the tracks off of the most current film. One of the challenges of covering a radio hit like “I Don’t Want To Live Forever,” is that people have heard it so much and so often that you have to figure out a way to change it up and make it your own. We liked the idea of taking this dance/pop ballad, and putting our own spin on it, breaking it down, and seeing how well the song stands on it’s own, without a whole lot of flashy production. We had a blast learning and recording it, and we gained a new respect for the song in the process. Another challenging aspect about this particular cover was that our drummer happened to be home sick on the day we recorded it, so we ended up performing it as a trio, which changes the dynamics a bit, forcing us to try something new.” – Chase Manhattan