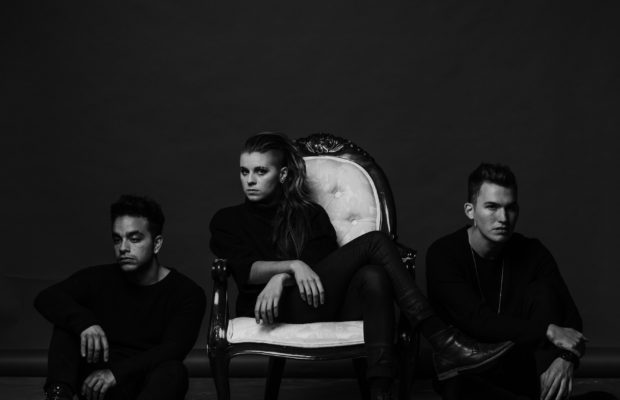 PVRIS have already kicked off 2017 with a huge announcement that they will be support MUSE on their US tour, then have today announced four shows in UK & EU this coming May. This will be the first time on these shores since their support slot at London’s iconic Royal Albert Hall.

The band— vocalist Lynn Gunn, guitarist Alex Babinski and bassist Brian MacDonald—and producer Blake Harnage are currently putting the finishing touches on the much-anticipated follow-up to 2014’s White Noise, the album that prompted MTV to write, “get acquainted with the mysteriously awesome PVRIS before they become the biggest thing in rock. For fans of The Neighbourhood, CHVRCHES, and Paramore, PVRIS are the best thing since sliced bread.”

The trio, who are nominated for an iHeartRadio award for “Best Underground Alternative Band,” is certainly living up to the hype: over the course of the past several months, they performed on “Jimmy Kimmel Live!,” were spotlighted on “Last Call with Carson Daly,” hit the road with Fall Out Boy and Awolnation for a North American arena tour and were featured on the cover of Alternative Press. That followed a year in which they hit No. 1 on Billboard’s “Emerging Artists” and “Trending 140” charts, played to packed-house crowds around the world and racked up over 12 million total YouTube views and 15 million total streams in the US alone (the latest being more than 15.1 million Spotify streams and 3.4 million views for their “You And I” video). The band is led by 21-year-old vocalist Lynn Gunn, who the Huffington Post described as “a force that cannot be denied.”