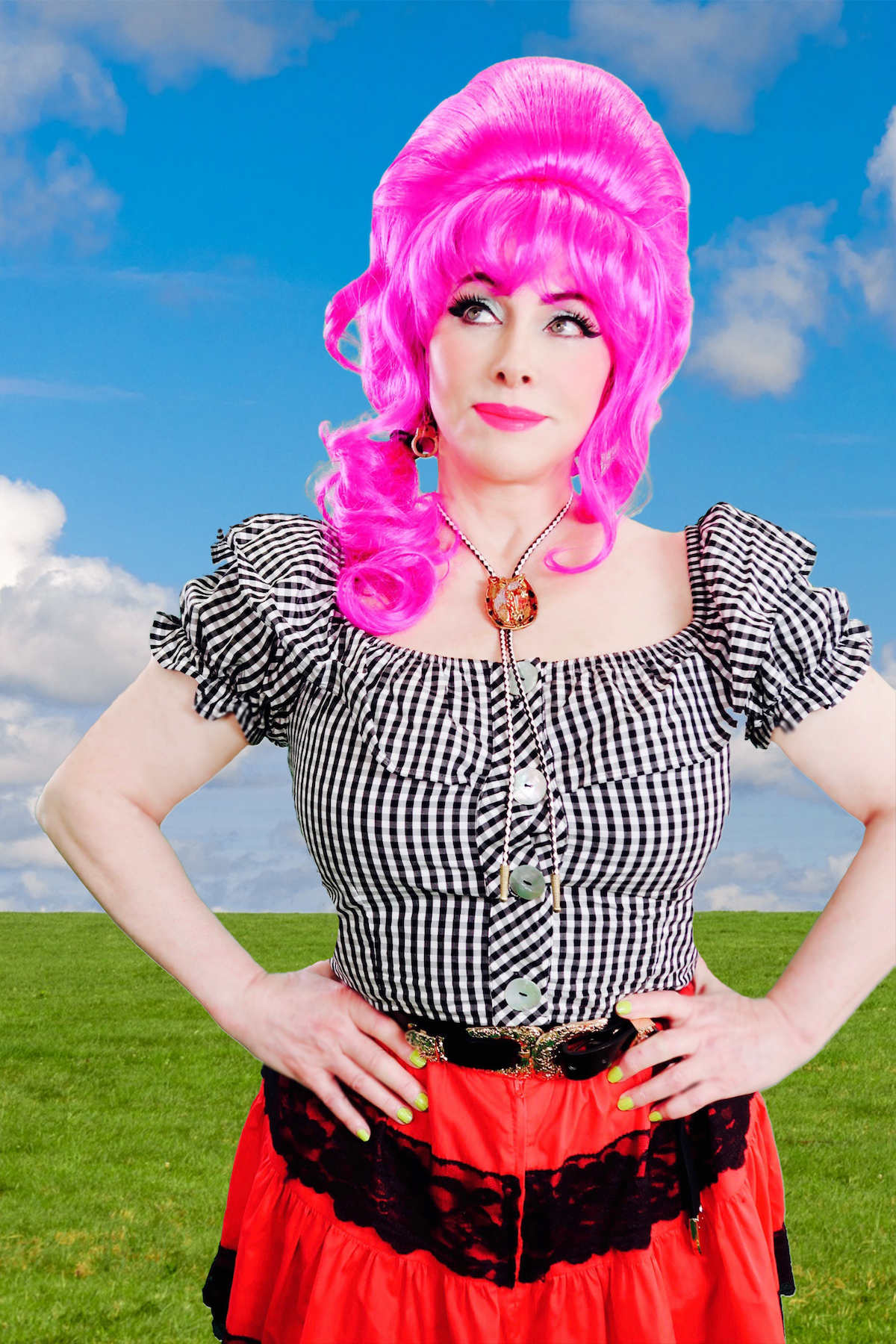 “Even as a little girl, I could see that females weren’t taken very seriously and that bothered me a lot,” says infamous New Wave icon Josie Cotton while exploring the roots of “Calling All Girls,” her new single from her new album PUSSYCAT BABYLON, released today via Kitten Robot Records.  “It bothered me so much so that by the time I was 9 years old, I decided I would have my boobs removed so I wouldn’t have to live in the world as a female.  It’s always been about controlling women’s bodies, their minds, the choices they make and even how they perceive themselves.”  While the subject matter of “Calling All Girls” carries a sobering message, she presents those deep and powerful statements in classic Josie Cotton fashion – festooned with humor and vivid splashes of neon.  With electronic swathes of synthesizers and snappy percussion, the single showcases Josie’s pristine and distinctive vocals with a shimmy and a go-go shake.  Its accompanying technicolor video – filled with aliens, UFOs, and… cows (!!!), is a vivid representation of all things Josie – fun, New Wave-y, and flamboyant.  “This song and video are just my twist on an advice column for girls, young and old,” she explains.  “I always like using humor as a device to say what I want to say without anyone noticing, unless they’re really listening.  But even if no one gets my meaning, I think it’s a fun ride with robots in giant wigs and gogo dancers in outer space… things that are always going on in my brain anyway!”

Pussycat Babylon is an electropop master stroke of musical pastiches, fetching melodies and energetic rhythms and marks her metamorphosis as a songwriter (she penned 10 of the album’s 11 tracks).  From the motor-revving excitement of “Recipe For Disaster” to the dark noir slink of “Stop Iggy Pop” to the majestic disco of “All I Can See Is The Face of Bruce Lee” to the machine-gun punkish adrenaline rush of “Hi, I Like You,” the album is an excursion into Josie’s ultra-creative and hyperactive mind.  The title track finds Josie at her most playful, purring coquettishly amid a propulsive and spacey soundscape.  Josie returned to the forefront of the music world with new music as well as her own record label Kitten Robot that has released some of the most celebrated alternative artists such as the dark and experimental CrowJane, Dark Mark vs. Skeleton Joe (featuring Mark Lanegan and Joe Cardomone), and Spaghetti & Frank (featuring Supersuckers’ Eddie Spaghetti and The Streetwalkin’ Cheetahs’ Frank Meyer).  Over the last two years, Josie herself has released the singles “Ukrainian Cowboy”/ “Cold War Spy,” a holiday track “Every Day Like Christmas,” the album Everything Is Oh Yeah!, and remastered and re-released her albums Invasion of the B-Girls, From the Hip, Frightened By Nightingales, Movie Disaster Music and her breakthrough debut album Convertible Music.  It was produced by Paul Roessler and Josie Cotton (both of whom also doubled on keyboards, synth bass and drum programming with Roessler adding piano to his credits) and features Marcus Watkins (guitar), Princess Frank (drums), with guest appearances by Geza X (guitars) and Kira Roessler (bass).  You can connect with Josie Cotton via the following links.