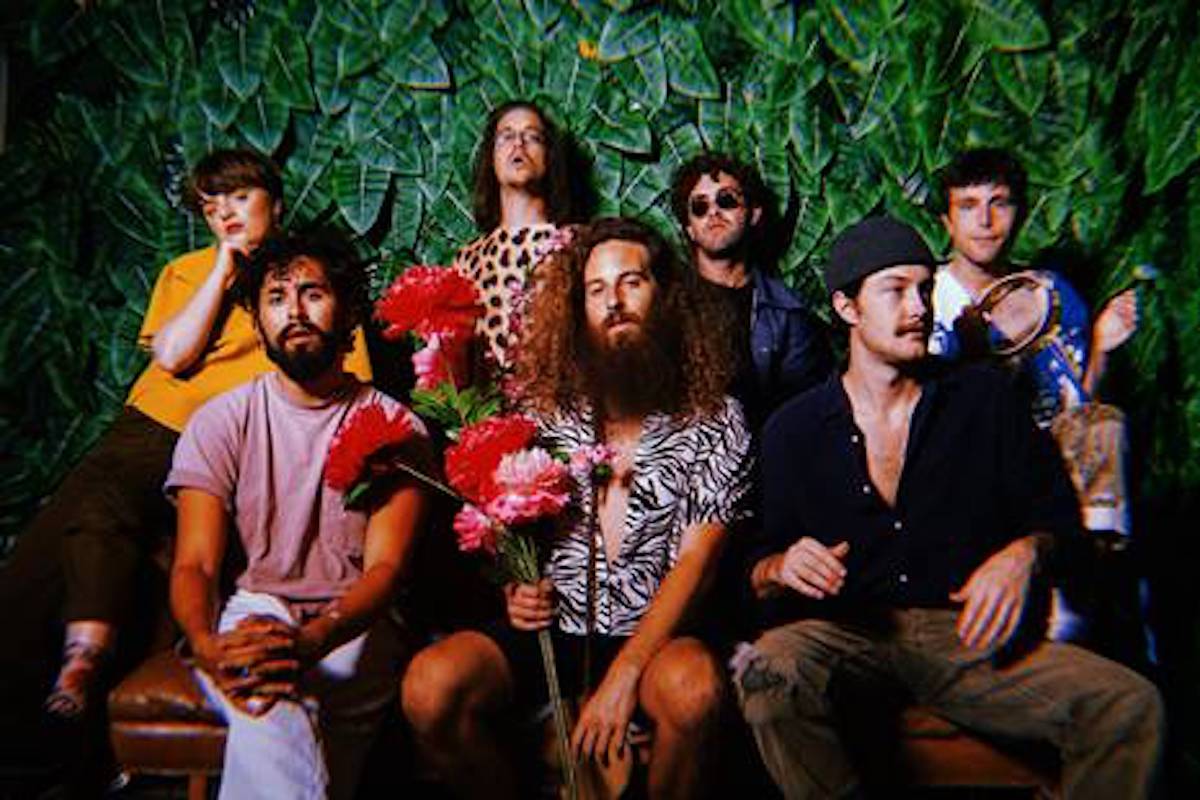 Hello Forever’s debut album, Whatever It Is (out February 21st), combines a wide range of influences from doo-wop and jazz to skiffle and R&B while elaborate arrangements juxtapose concise songs across this laptop-age “pocket symphony.”  The art pop collective’s signature harmonies and jovial, 60s influenced sound has been honed on the grounds of their Topanga, CA studio compound where they live together on the abandoned grounds of a late 1960s nudist commune which they found on craigslist.  Lead singer Samuel Joseph recruited the other members at various beach bonfires, club gigs, art school gallery expositions, and meditation retreats throughout Los Angeles, with the sole mission of spreading joy through music.  Whatever It Is was recorded over 200 days in bedrooms and borrowed studios in Santa Monica and Castaic by Joseph who immersed himself in constant production and features the collective’s previously released singles “Anywhere Is Everywhere,” (which Ones To Watch praised as “a true sonic gift from the gods),” and “Some Faith”.  Hello Forever has also received early praise from buzzbands.la who state the group “engage in the business of making feel-good music” as they incorporate elements reminiscent of the 1960s.  With more music on the way this year, this release is just the start for Hello Forever.  You can follow the band and stay up-to-date on all upcoming album, band and tour news, as well as stream their music, via the following links: