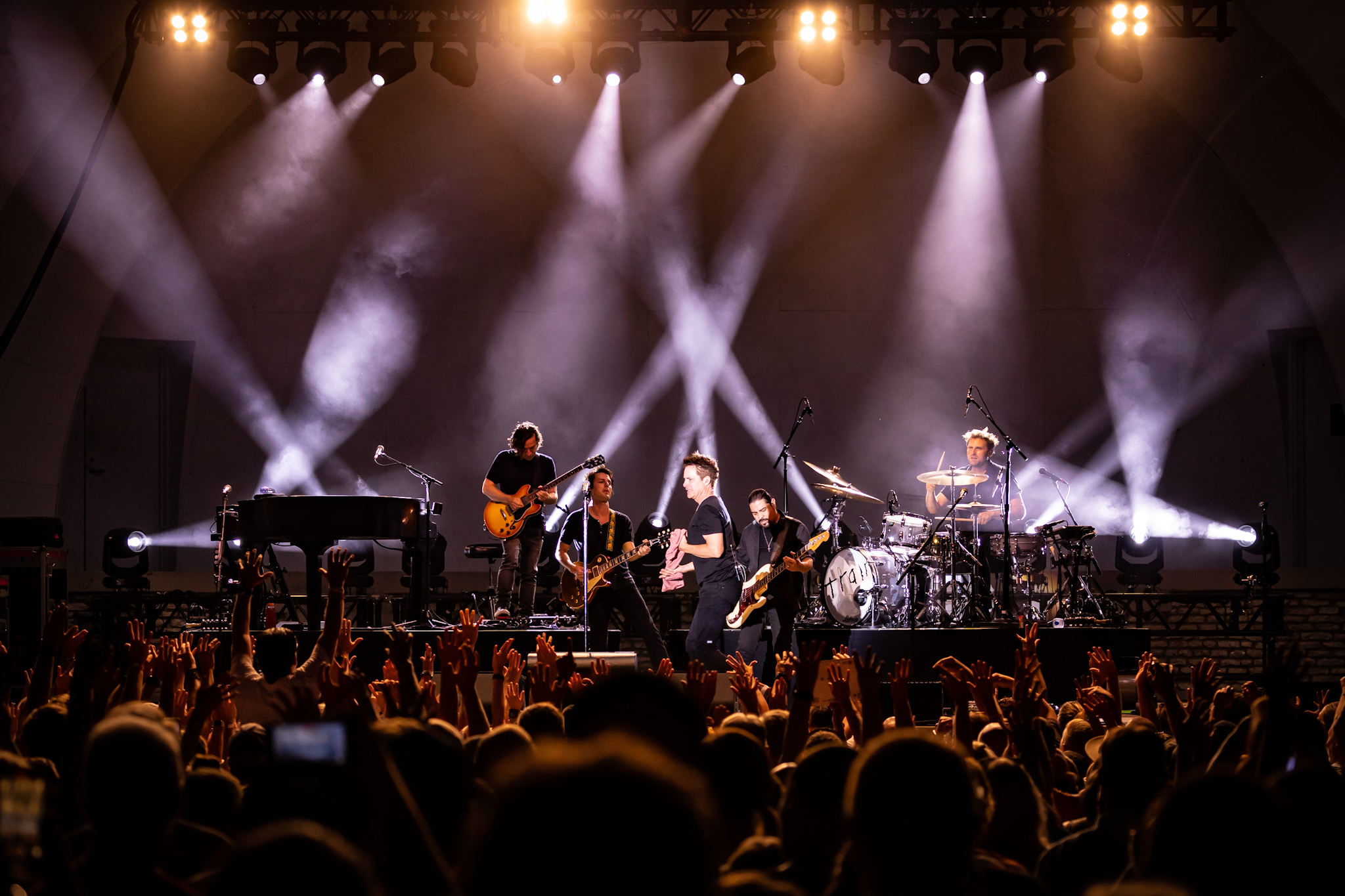 Sunday evening was a hot one in Toledo with temperatures reaching 90+ F, but that didn’t stop fans from all over the Midwest to travel to Toledo to catch Train play a concert at the beautiful Amphitheater at the Toledo Zoo.

Opening the night were Vertical Horizon and their performance was phenomenal. The crowd was up on their feet after the first few songs and joined in a fun sing-a-long with the band.

Shortly before 9 pm, Train came on stage to the roaring sound of cheering fans who were excited to see their favorite band after a long Covid-19 concert shut-down.

They opened with “She’s On Fire”,  followed by their smash hit “Meet Virginia” and not a single person was sitting in their seat by that time. Everyone was dancing and singing along and having a wonderful time.

Train made sure to play all the hits that concert-goers expected to hear. When introducing the band, Pat Monahan jokingly told the audience that they were all local to Ohio and that made the crowd go even wilder.

After playing a fantastic 17-song set, Pat noted that this is where they usually leave the stage before coming back for an encore but that they had nowhere to go so they would just keep playing.

The night ended with what is probably their biggest hit “Drops Of Jupiter” and it left the enthusiastic crowd wanting even more.

Train and Vertical Horizon are still in the middle of their tour so make sure to check out their upcoming tour dates and catch them at a venue close to you. You won’t regret it.

Setlist
She’s on Fire
Meet Virginia
Get to Me
If It’s Love
Mai Tais
50 Ways to Say Goodbye
Angel in Blue Jeans
Getaway
Save Me, San Francisco
Bruises / Love the One You’re With
Calling All Angels
Going to California (Led Zeppelin cover)
Marry Me
Play That Song
Hey, Soul Sister / Reggae / Vacation
The Weight (The Band cover)
Drive By / Hey Jude (The Beatles cover)