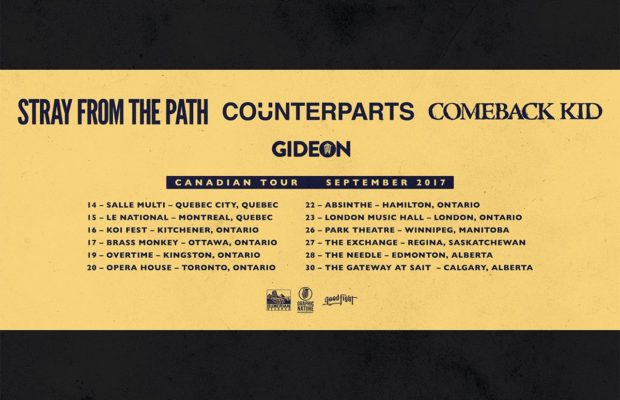 Canadian metalcore band Counterparts recently announced via their Twitter that they will be on a co-headlining tour with Stray From The Path and Comeback Kid, and support from Gideon. The tour will go across Canada from September 14 through September 30. Ticket sale dates and times have not been announced yet, but dates can be seen below.