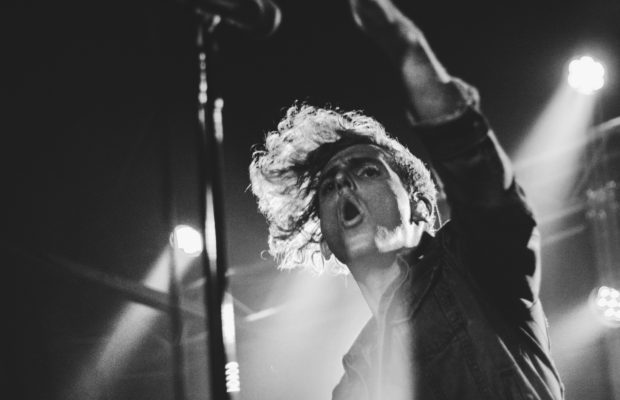 COIN released their debut, self-titled record in 2015. Now, as they head off on the road with Bad Suns, many may wonder what is next for the Nashville-based band. We sat down with Chase Lawrence, the lead singer of COIN, to discuss influences, touring, and the future.

Would you mind providing a little background on COIN? (How did y’all meet? Where did the band form, etc.)

We met at Belmont University in Nashville, Joseph (the guitarist) and I sat beside each other in a music theory class. It took three weeks for us to actually hang out and start writing together. He was the first person I met at the school, though.

How do you think the Nashville music scene has influenced your music?

It’s been very inspiring to watch it grow around us. It’s been somewhat of a renaissance, in which a lot of artists and a lot of similar-minded people are moving to the city; but it’s cool because it’s not competitive. It’s nurturing, and it’s just an encouraging culture. Everyone does the same thing, but everyone does it a little bit differently.

So I think for us, it’s just been amazing from day one. We sold out our first show, and it was just  a room full of our friends; I think that’s why and how it’s really affected us. Everyone is so encouraging around us.

You’re in the middle of this fall tour with Bad Suns. Previously, you’ve opened for the likes of Passion Pit, Neon Trees, Walk the Moon, Betty Who, etc. How do you think touring as an opening act differs from having your own headlining show?

It’s difficult because we’re obviously there to support another band. This tour with Bad Suns is still awesome because they’re really accommodating to us, and they let us do our thing. We’re just two bands doing it together which is really cool. There’s so many people that are coming to see us for the second time, but there are even more people coming to see us for the first time. We do not take any opportunity we ever have to play in front of anyone for granted.

We’re all excited to headline next year; but I guess the biggest thing is just being comfortable. That’s the biggest difference, comfortability, and the fact that something is really yours. You know, we’ve never really had that opportunity to have it be our show, our experience, our production- we’re excited.

Where do you see COIN going in the next year or so?

You should expect a new album and headlining tour in the spring, as well as two more singles ahead of the album!

Recently you released the single “Talk Too Much”. What do you think the response has been like? Did you expect it?

We wrote that song on the first day of writing for the second album, and I think it really shaped what the record is going to be. It was important that we wrote it first because it changed the mindset of what we were going do for the next year. We did not know it was going to do what it did, but we were just ecstatic to put out new music. We’re just excited that anyone’s listening to it, let alone so many people. It’s wild. We’re really excited about the future.

How has this recording process been similar or different to the manner in which you recorded your first album?

Our process is a little more broken up. We’ve worked on the album when we could; around recording, around writing, around shows. With the first album we were able to record for six weeks straight and just get it done.  This time we utilize any opportunity we can to record. We’ve recorded in New York, LA, Nashville; and I’m editing right now on the road.

So with this album we’re much more hands on with it. Even though we’ve worked with a lot of producers, we’ve been able to manipulate a lot of it, and take out time with structure, and really figure out what we want to do with it. It’s a very different process than our first album. I think this album is definitely more uniquely COIN.

It being the 21st century, more people have access to your music, whether it be through streaming services like Spotify or by social media. Do you think this has impacted COIN specifically and your fanbase?

I think it’s definitely helped our band. The music grows faster. For us, specifically, it’s been cool to connect with our fans on a level that we didn’t have an opportunity to before. The more we interact with people, the more it grows. It’s cool because there’s so many personal relationships with people, so many people that our music means so much to.

Photos and Interview by Adele Sakey