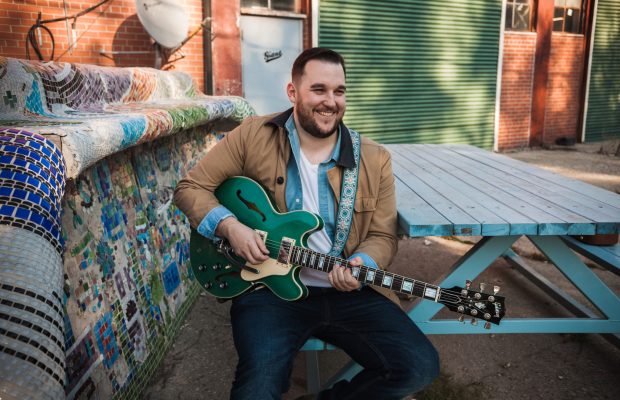 Mike Riley is a songwriter fond of big dogs and bigger guitars. He hasn’t let being born with a club foot in a small – shitty one store town or a divorce stop him from pursuing his passion for music. Early on, Riley picked up the guitar when all his friends were skateboarding – music was his way into the crowd. Though he didn’t know it at the time, Riley was a natural songwriter and soon dropped the Dashboard Confessional covers and started writing and recording in his high school bedroom.  His storytelling is perhaps best summarized by Grammy Nominated/Juno Award Winning Producer Alex Newport (City & Colour, Bloc Party): “His songs and lyrics deal with genuine subject matter, the trials and tribulations of life and love, and are written very much from the heart, and for this reason are very powerful and compelling, and stand out head and shoulders above much of the meaningless lyrics so prevalent in today’s pop world.”  Drawing comparisons to Noah Gunderson, Ruston Kelly and Donovan Woods, Riley will follow up the EP with a full-length release in 2020.

His upcoming album Divorce is a collection of songs chronicling home-town reunions, marriage nuptials and their eventual demise. The songs are what come when you mix your own stories with the made-up bits you imagined could have been instead.  His latest single “Drug Dealer” premieres today and is written from the heart, dealing with the trials and tribulations of life and love.

“The song was born from a feeling of hopelessness and anxiety that being born- and subsequently leaving- a small, shitty one store town can breed. It’s about feeling stuck somewhere void of hope and trying to deal with the envy and betrayal of watching the only people you care about move on. In a town where the only thriving industry is the local drug business, it feels especially hopeless when things get tough for even them”, says Riley.  The genuine lyrics fit well over the folk-inspired rock track.  You can follow Mike Riley and stay up-to-date with all music and news via the following links:
Website | Facebook | Instagram | Spotify |