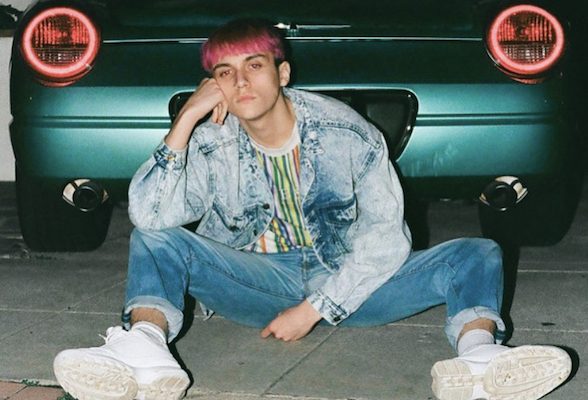 Julian Daniel is a 19 year old Canadian pop singer from Toronto, Ontario. He is premiering his latest single “Supernova” today.  Growing up in a musical household and being involved in activities such as musical theatre, vocal lessons and dance he has always been one to be involved in the creative arts. After finishing high school, and having had experimented with a few original songs and successful releases. Julian then decided to dedicate his time to his music and transform it from a hobby to a career. “Supernova” showcases Julian’s ability to incorporate unique flourishes and unexpected melodies into a catchy, upbeat pop track.
He is set to release his debut EP later this year and tour North America. “I want to create music that makes people feel free. When you come to one of my shows we are a family and we don’t judge each other- let loose and have fun.  My music is truly for people who just want to let loose and not think about tomorrow or the bad day that they had-just live in the moment and have fun”, he said. Working with Toronto producer and engineer Adam from Pink Distortion Music, Julian has found his way in the music scene.  With the upcoming release of his new EP, and a growing reputation as a live performer with a special connection to his audience. Julian Daniel is undoubtedly an artist of great potential and limitless possibilities.   You can follow Julian Daniel and stay up-to-date with al upcoming music and news via the following links:
Website | Twitter | Instagram | Spotify | iTunes/Apple Music | SoundCloud | Bandcamp