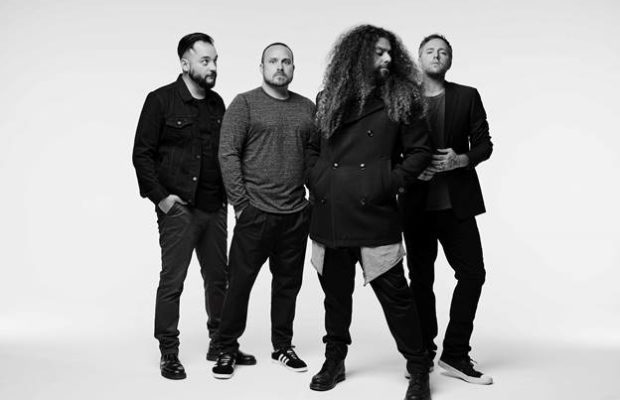 Boasting 15 songs over 78 minutes,The Unheavenly Creature marks Coheed and Cambria’s furious return to concept albums, the ‘First Act’ in a brand-new story arc set within the backdrop of The Amory Wars universe. The LP was heralded earlier this summer with the arrival of its title track, “Unheavenly Creatures,”, which takes us inside the story’s opening chapters where we see two captured criminals (Creature and Colossus) being walked through a ship on their way towards judgment for committed against society, and perhaps, one another

“Unheavenly Creatures” greeted by instant critical applause, with Rolling Stone declaring the track “finds the band in power-pop mode. (‘Unheavenly Creatures’) opens with plinky sequenced synths worthy of a retro video game and builds through distorted riffs to a massive sing-along chorus. ‘I fear, my dear, the end is here,’ Sanchez sings. ‘So run, run, run, run like a son of a gun.’”

Coheed and Cambria – who only just wrapped a U.S. co-headline trek with Taking Back Sunday that showed the band closing out each night to the biggest headline audiences of its career – will celebrate THE UNHEAVENLY CREATURES with a wide-ranging global tour, including upcoming visits to Canada and the United Kingdom. Additional headline dates will be revealed soon. For updates and more information, please see coheedandcambria.com.

Comprised of Claudio Sanchez (Vocals/Guitar), Travis Stever (Guitar), Josh Eppard (Drums) and Zach Cooper (Bass), Coheed and Cambria has gripped listeners and press around the globe with their visionary compositions and conceptual mastery.

You can check out all of Coheed and Cambria’s upcoming tour dates below: