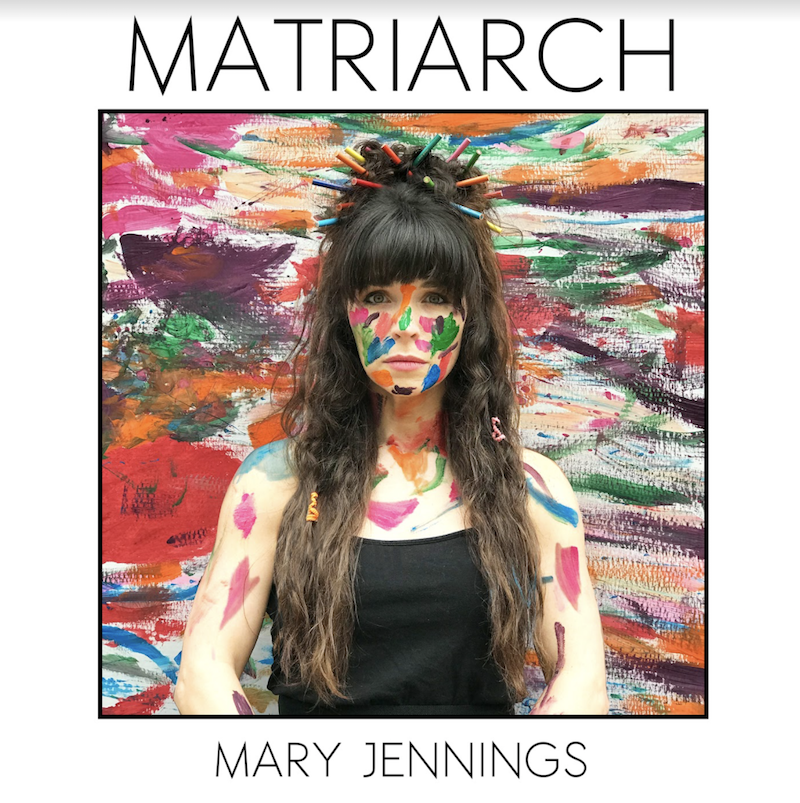 Powerful, potent, impassioned.  Mary Jenning’s new single “Matriarch” is a heart felt song about the experience of Motherhood.  Not just emotion filled, there is a raw power in Jennings’ voice that brings to mind Paula Cole’s soaring notes and low tones.  With tribal like percussion beats and echoing strings that match Jennings’ full sound, “Matriarch” is a stirring experience that tells us a rich story of motherhood, legacy and birth / re-birth.  With the early, and sudden, loss of her own mother, her music became ever more expressive.  A unique artist, Mary has been on a number of tours over the years as the opening act for artists such as Jeffrey Gaines, Mike Doughty and Teddy Geiger, and has performed at festivals such as CMJ and South by Southwest.  Several of her songs have featured on Lifetime’s TV show “Dance Moms” as well as the film “Devil Seed.”

“It is not by accident that I released this anthem 20 years after the passing of my mother and  although they never get to meet each other, I find beauty that my mother’s life and legacy continue through my daughter.   This is a song of the struggle and strength that binds women everywhere together.”
While the music alone makes Mary Jennings an artist that fans can easily relate to, her somewhat quirky personality and a diverse range of interests have also gone a long way towards building a bond with her fan base.  An avid horror movie fan, she has more than 400 fright flicks in her own private collection and openly admits that being scared and thrilled is probably her biggest geek factor.  Her love for thrifting and secondhand clothing, something she learned from her mother, is a major influence on her vintage style and the inspiration behind the enormously popular clothing swap shows that she has hosted in a number of U.S. cities.  Mary has turned her unique style, love of thrifting, and drive to create No Sass Creations, through which she makes and sells bolo ties and other upcycled accessories.  However, the most important aspect of her life is her daughter, Eliza, who is a huge inspiration in her new release, “Matriarch.”  Whether you experience Mary Jennings on stage or on one of the handful of albums she has released, you’re witnessing a very special artist who has confidently found her voice over the course of a long journey.  Be sure to catch her new single “Matriarch” available today, just in time for Mother’s Day.  You can connect with Mary Jennings via the following links:
Website | Facebook | Instagram | Twitter | Spotify | SoundCloud | iTunes/Apple Music | YouTube | Deezer | Bandcamp