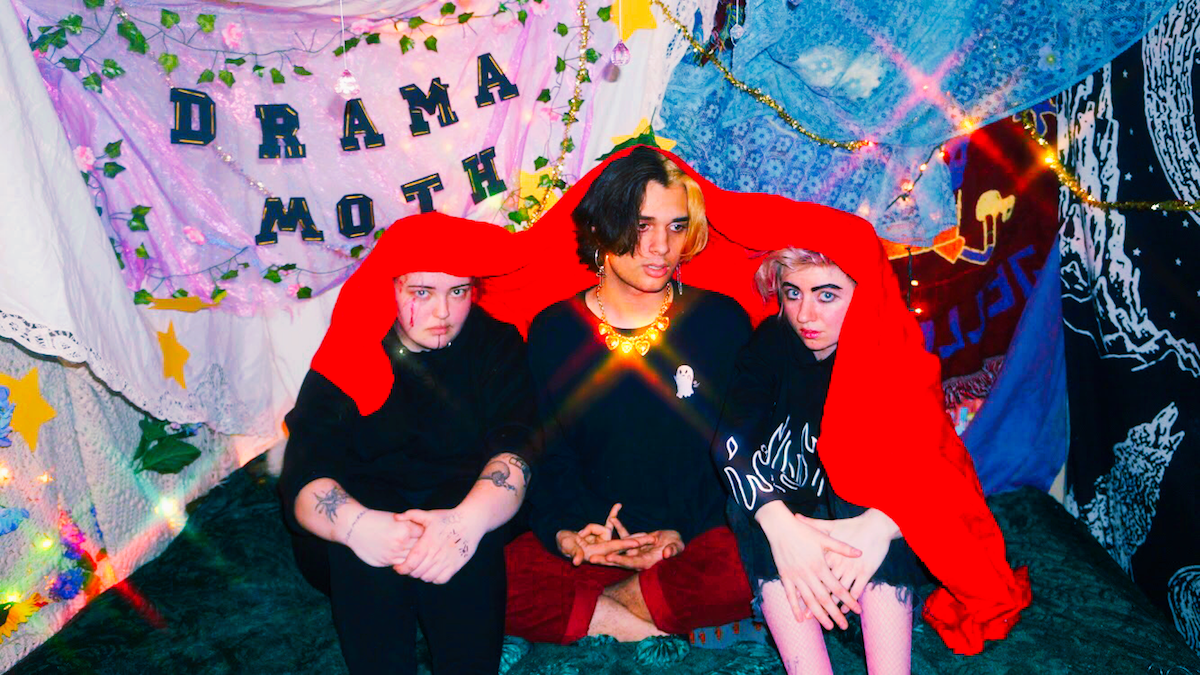 Having spent a few years making lush and emotional music, Chicago queer-pop trio Drama Moth formed in 2018 and released their debut album In My Dream You Thought You Had More Time last year.  Comprised of close friends Arch, Elma and Michael, the trio fuse glamour, experimentation, queer identities and melancholy to infuse grit and charm into their synth based sounds.  The three met in high school and all had musical backgrounds, with Michael having already experimented with making music on his own.  Their connection through their love for music led to their decision to play music together.  With a love for magic, witchcraft and an independent, DIY ethos, their shows have been a mix of house shows and small indie venues.  They embarked on their first tour last year, as well.  They have released singles such as “”Jaded”, “I Can’t Fall Asleep”, “Sober” and “The Tower”, as well as “Bad Dog”, a song on which they collaborated with Chicago rap duo Glitter Moneyyy.  Today sees the premiere of their newest single “Speed Limit”.  “Speed Limit” is entirely self produced as it tells a story from the perspective of a confident, queer individual that exists in an industry where the queer narrative is frequently minimized and washed over.  The lyrics are attitude packed and Drama Moth are not discreet about their refusal to be pushed aside.  “Speed Limit” serves as a reminder that Drama Moth is here to stay and that they’re only just beginning to push the limits with their work.  “There are fiery steps forward being taken in Drama Moth’s discography,” says band member and songwriter Arch Valentino.  “Built with heavy, dance-driven sounds, we are turning heads away from our more melancholic influences that brought well-loved singles (such as “Sober”) and picking up the pace with “Speed Limit”.”  You can connect with Drama Moth via the following links: