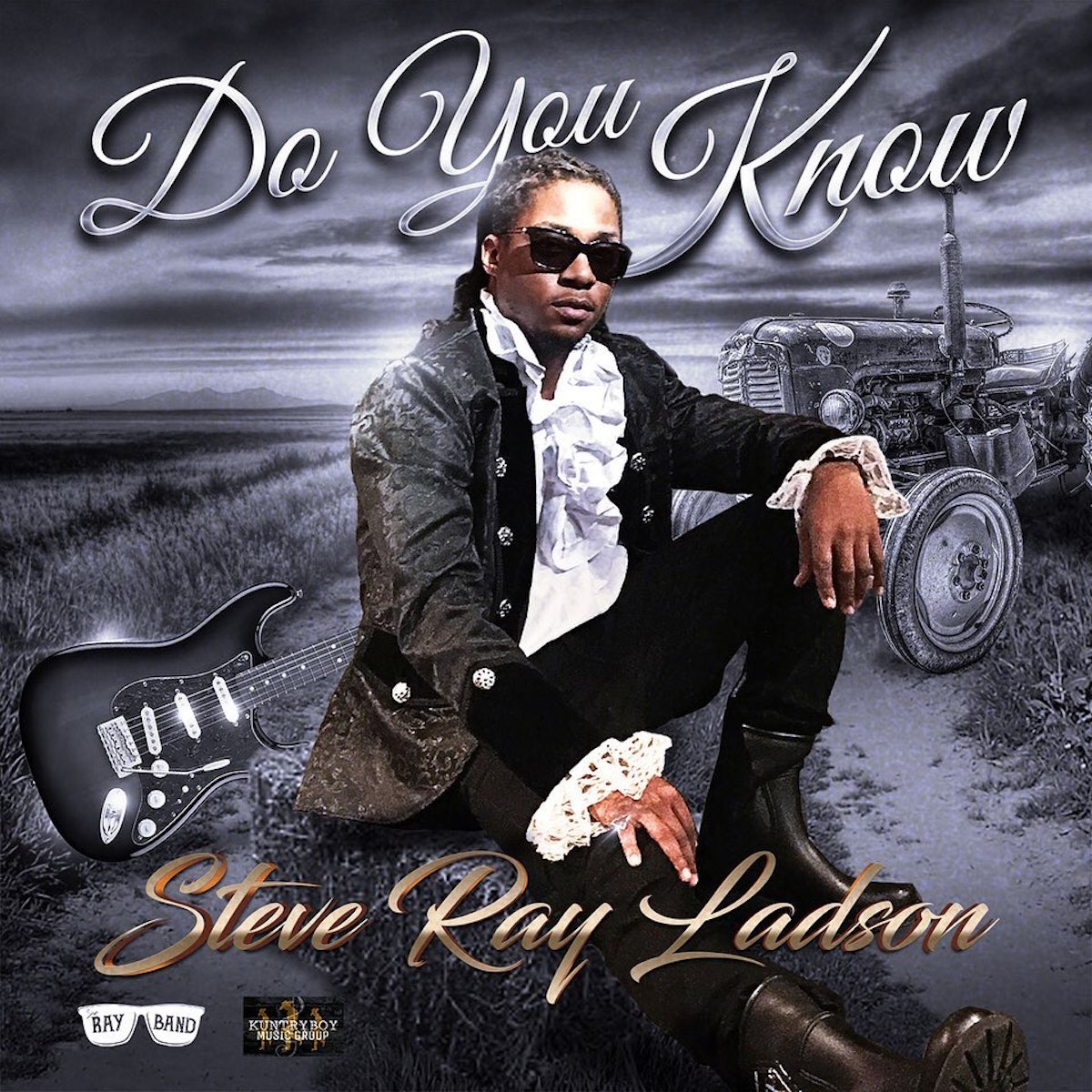 R&B artist Steve Ray Ladson shares his new single “Do You Know” today.  A multi-instrumentalist and touring member of the five-time Grammy award winning Blind Boys Of Alabama, as well as bassist of Robert Randolph And The Family Band, Ladson’s musical talents need little introduction. Celebrating authentic love and connection, “Do You Know” builds an irresistible, feel-good tune.  It comes ahead of a full album, scheduled for release later this spring.  “The song has a unique feel, relating between R&B, folk, country and some pop,” said Ladson. “It simply asks a question.  Do you know how it feels when you’ve found something real and you love someone.  A lot of people don’t realize what it’s like to have real love or someone who genuinely cares about them.  Despite what occurs in their relationship.  It’s universal; not only for lovers, but friends as well. ”  The song’s concept first came together while Ladson was on tour in Muscle Shoals, Alabama.  “I was spending an evening with a few friends that I write with often.  This particular day I picked up the acoustic guitar and just began to sing “do you know?” over and over and over until I made a voice memo for it.  Later I came up with the rest of the lyrics and the bridge but it was inspired in the south in an area where major hit records have spawned.  I produced it in such a manner where it comes across as commercial and acceptable for all ages, genres, and ethnicities of people.  It was a natural single because it just moves you the moment the music begins.  It’s a happy song with a happy feeling and the world needs happy feelings and often reminders about what we do and do not know about our family, friends, and people around you.  So I ask the question to the world today, “Do You Know?” Ladson went on to record the track in California at a friend’s home studio with engineer Gregg Sartiano.  He finished the track by mixing and mastering with engineer Cory Plaugh, in his hometown in South Carolina.  “We’ve worked together for many years so he knows my sound and knows exactly what I am looking for which allowed the process to be smooth and quick,” said Ladson.  SoulTracks premiered the single earlier this week, commenting how he “dives into an old school R&B/pop tale of that warm feeling inside in discovering a forever love.”  Musically, the tune builds “a warm setting that never overpowers this sweet, soul soundtrack,” with Ladson’s falsetto and accompanying female background vocals all building the hook.  The accompanying music video was shot in Florence, Alabama at the Shoals Theatre by Russ Randolph.  Inspired by old variety TV shows of the 50’s and 60’s, the black and white shoot creates a nostalgic and warm vibe.  “I played all the instruments in the shoot and had my background singers (Bleu) come in and sing their parts to the track,” shared Ladson.  “With the song having a flashback feel with a new school twist, I decided to shoot it as though it was in the days of Ray Charles, Chuck Berry, Etta James, Wilson Pickett etc.  I gave Russ the vision and he came up with the storyboard and we nailed it.”

Steve Ray Ladson was born and raised in Hopkins, SC on October 9, 1989 and is a producer, songwriter, arranger, and musician.  His musical talents include the piano, Hammond organ, lead guitar, bass guitar, and recently began playing the harmonica.   Steve Ray received a position with the Blind Boys through their musical director Joey Williams.  Since then, he has made appearances on the Don Imus TV show, CTV, BET Canadian TV, AudioTree TV, and many more. When not touring or on the road, he dedicates most of his time to the studio and is producing records for many different artists.  He quickly received a nickname from the west coast, “Youngsta,” being that he was the youngest to travel in the crews with veteran stars and artists.  Although his roots are quartet gospel, he has set himself to be well-rounded in all genres of music including blues, jazz, R&B, hip-hop, country, and bluegrass.  He attended college for a short amount of time but he dropped out to pursue his musical career in 2009.  He first began singing and playing in 1996 forming a quartet gospel group with his brother and cousins.  They have performed along with gospel greats such as the Joe Ligon and The Mighty Clouds Of Joy, The Swannee Quintet, The Canton Spirituals, Lee Williams and the Spiritual QC’s, Rance Allen, Tamela Mann, Tye Tribett and many more.  He was brought up in a Christian home and played in church where his father pastored and his grandfather co-pastored. Although he is a “youngsta” he’s steadily traveling and working hard to do what he has set out to do which is, “bring back the funk.”  You can follow Steve Ray Ladson and stay up-to-date on all artist, music and tour news via the following links: