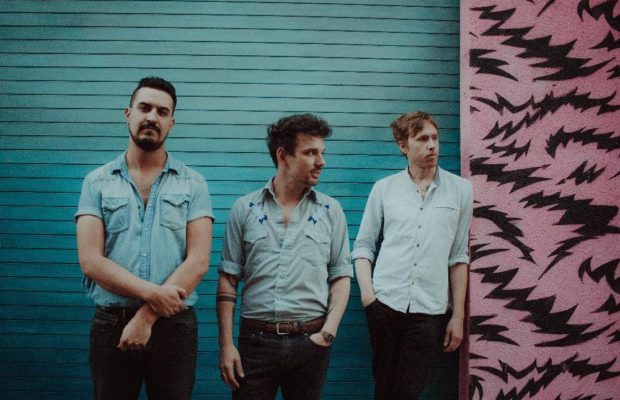 Hailing from Gilbert, Arizona, indie pop band Lydia have made quite a name for themselves since they first came into the music scene 15 years ago. The band has been able to tour with bands like The Dear Hunter, Lights and most recently, Moose Blood. Lydia has also been on the bill for notable festivals such as the Vans Warped Tour and the first annual Bamboozle Roadshow in 2008. In July, Lydia released their seventh studio album, titled Liquor, and are currently on a North American headlining tour. We recently got to sit down with Lydia’s Matt Keller to discuss what music means to the band, the new album and what’s in store for the band moving forward.

Stitched Sound: What does making music mean for you?

Matt Keller: It’s hard to put into words in any sort of meaningful way. When I’m not making music, I’m thinking about music. I’m thinking about a chord sequence, or a melody, or a sound…it’s always going on. It’s the only thing that can help me make sense of things that don’t make any sense.

SS: I read on your website that you guys don’t really do the whole jam session thing. What is it like to have all members writing separately and then coming together like that?

MK: It just means that the ideas are incredibly varied, and it really allows us to focus in the coolest parts of an idea. Leighton will bring me a Pro Tools session, and I can listen to it and find a couple few ideas that stick out immediately, which will probably pop a thought into my brain, which will probably pop a new thought in his brain. It just allows us to move pretty quick, as opposed to being in a loud jam session – type environment.

SS: Why did you start making music? Further, was there a specific thing that made a big impact on your stylistic choices?

MK: All of us just kind of came to it on our own. My mom brought me up on the Beatles, and Blink 182 made me pick up an electric guitar, but it was when I was 14 and first saw Jimmy Eat World live that it became pretty clear that this is what I wanted to do.

SS: How have you grown as a band since your last album? Since your first album? Can you tell me what this album is about from your own perspective?

MK: We got better at communicating – better at telling each other when we were onto something awesome, and better at telling each other when something sucked – and it allowed us to get to the bones of what we were trying to do. Because of that, it took a while – we worked on Liquor on and off for 2 years. We hit roadblocks, both creatively and personally, but those roadblocks turned out to be pretty important for what we made.

SS: What do you hope people will take away from the album when they listen to it? -What’s your favorite song on the album and why?

MK: The world keeps filling up with more and more bullshit trying to distract you from who you are and what you think. We just wanted to make something that will remind you to feel again. Way Out is my favorite right now…it still lights me up when I hear it the same way it did when we were writing it.

SS: Your music has always been pretty consistent; do you see your sound changing at all any time soon?

MK: It’s really impossible to say. Some people say the opposite – they think we’ve changed too much! To me, at the end of the day, whatever we do musically will still sound like Lydia, because Leighton’s voice is the sound of Lydia.