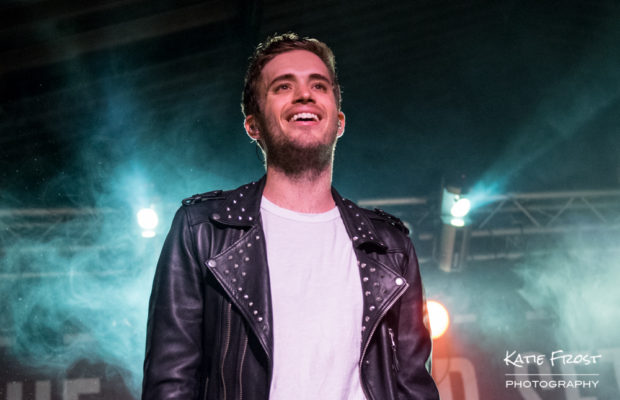 I have seen the opening act SYKES a couple of times prior to tonight; at Kopparberg Urban Forest festival in June 2015, and supporting Against The Current in October 2015…and they seem to get better every time! Powering through technical difficulties unfazed, the electro-pop three-piece from London put on a great show for the Birmingham crowd; playing tracks from their Gold Dust EP. After this tour, SYKES out to American to play the Vans Warped Tour all summer long.

Next up were the Scottish five-piece The LaFontaines. Their hip-hop / rock / pop sound was something completely new to me, but they put on a very energetic performance of tracks from their debut EP, Class, which seemed to go down very well with the crowd. The band have a UK headline tour planned for July.

The Summer Set were on the verge of calling it quits last year until they wrote “Figure Me Out”, sparking renewed enthusiasm and a fourth studio album, Stories For Monday, which was released on the first of April.

Opening with “Figure Me Out”, they put on a fantastic show with an enormous set-list including a variety of tracks from their nine-year history, as well as Stories For Monday.

Days before heading to the UK for this tour, drummer Jess Bowen was involved in a car accident which left her with severe pain in her neck and upper back, but she powered through (with the help of her beloved whiskey) and put on an inspiring performance, proving why she is one of the most loved and respected drummers of her generation.

Frontman Brian Dales is always full of energy and by the last track, “Lightning In A Bottle”, everyone in the room were off their feet, dancing and singing along.

The Summer Set have a few more UK dates on the tour before heading back to America.

Photo and Review by Katie Frost