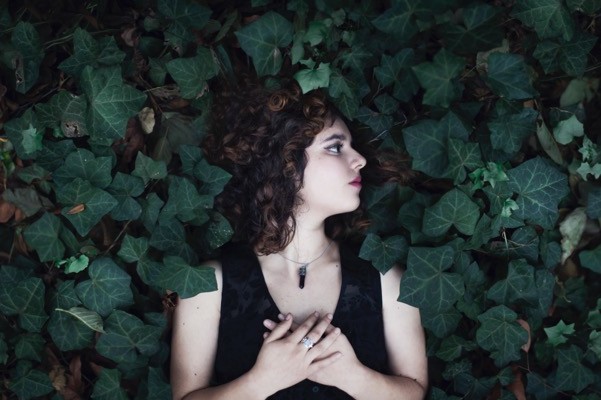 Stitched Sound caught up with Xenia, a singer-songwriter who was also the youngest finalist in the first season on NBC’s The Voice. She has recently released a new single title “Window Pain” which you can listen to below.

Growing up, was music a big part of your life? How did you first come to want a career in music?
Music was a pretty normal part of my life. We always played and listened to music around the house, and my mom used want to be a singer, so she would sing to us a lot. But it wasn’t until one day that I heard Jon McLaughlin’s song, Indiana, that I realized how much I loved music. I was 11 years old at the time and I thought to myself, “I want to make people feel the way I feel when I listen to this song,” and now here I am!

You have just recently released a new single called “Window Pain.” What was the inspiration behind the song? Is there a message that you hope to send through listeners through the single?
I wrote this song when I was in a really dark place. I was doubting my dreams and myself. The music industry is so hard and I was in one of those “valleys.” I felt invisible and insignificant, so I wrote this song. I want people to understand that no matter what they are going through they have never and will never be alone.

You had the opportunity to be on The Voice during the first season. What was that experience like? What would you say is the most important thing that you’ve learned during your time on the show?
Being on The Voice was awesome! I learned and grew so much. It kickstarted my career, and helped me gain a fan base and connections. Before the show, no one knew I could sing because I was always so scared to tell people. So, The Voice helped me conquer my fears. I am incredibly thankful for my time on the show and for everything it taught me.

Have there been any big obstacles or challenges that you have faced during your music career? What advice would you give to those who are also experiencing this?
Oh yeah. There has definitely been many obstacles and challenges. I would just say that if you truly love this career and have a passion for it, then be prepared to work hard! Keep going, no matter what, because you know there is nothing else you would rather do, but if there is something else you can do and still be happy, then do that instead!

What has been your favourite moment performing so far? Is there any specific moment where you just felt completely surreal?
I have so many favourite moments! But, if I had to pick one, I would say playing a sold out show at the House Of Blues in Anaheim. That was pretty insane!

You’ve also got a new EP Artemisa which is going to be released soon, would you say that this EP differs a lot from your previously released music?
Yes, this EP is pretty different. All of my previously released music was written for me. I didn’t have any say in the direction I wanted to go in, so it wasn’t really my sound. Releasing Artemisa is so exciting because I wrote this record, and I can finally put out music that defines my own sound.

If you could turn back time and do one thing differently, would you? What would you do differently?
No, I actually don’t think I would do anything differently. Everything that’s happened has helped me grow and mature. Without all the struggles and mistakes, I wouldn’t know as much as I do now. So, i’m thankful for those hard times!

What can fans expect from you in the next year? Any plans for touring, shows, etc.?
Well shows and touring is definitely something I want to do, so hopefully within the next year I can get something booked! I also want to start recording more music and get some more singles out, and maybe even a full record.

Lastly, where would you like to see yourself in five years?
Well, I hope I am still doing this! I want to keep touring and making music. I would say “win a grammy!” haha! But to be honest, as long as I get to make a living out of this, I’ll be as happy as can be. I’ve learned, from this career, not to be so anxious and worried about the future. To keep working hard, enjoying it, and trusting that if this is for you, then you’ll get there… And you’ll be right on time.