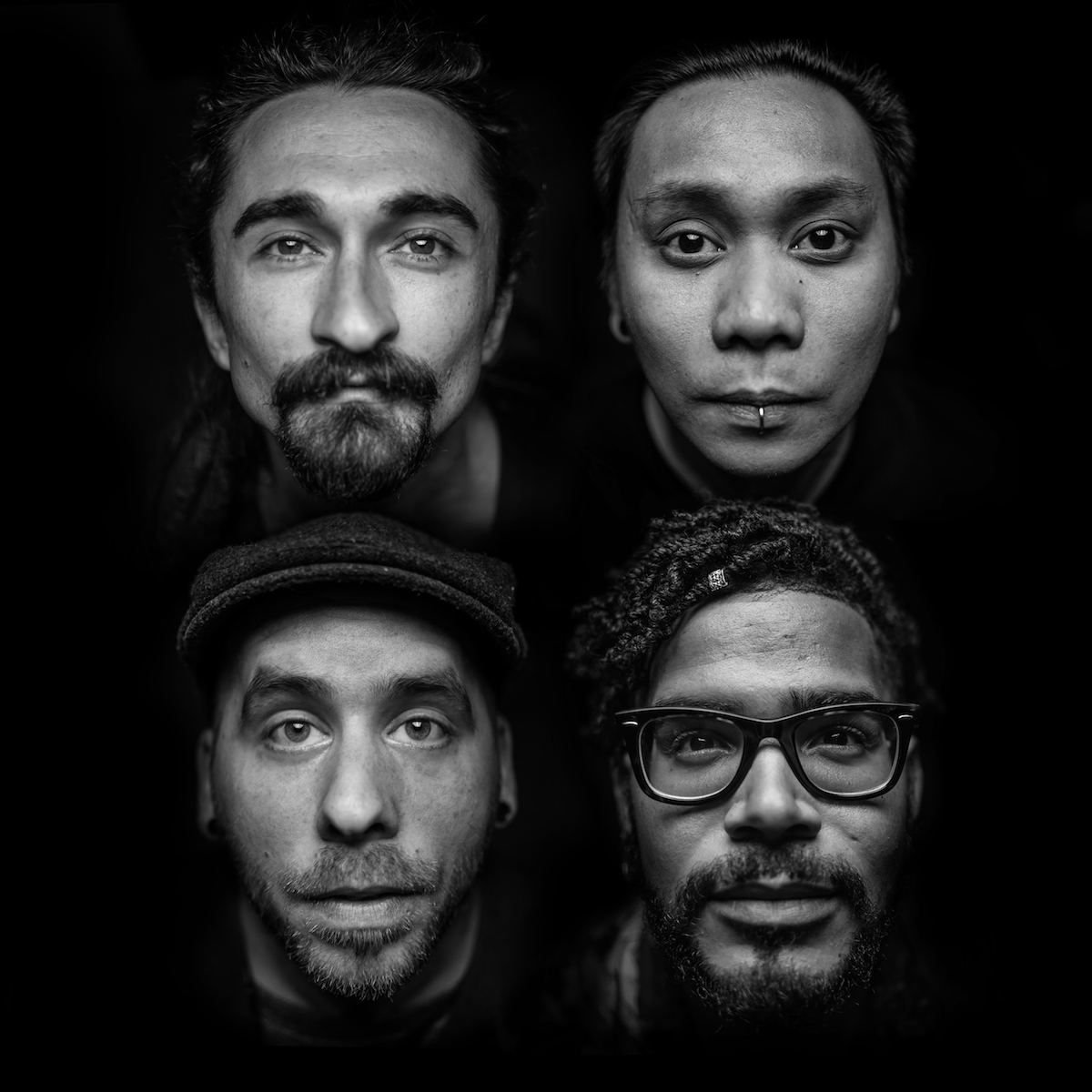 Alternative rock band Leather Bound Crooks formed in 2011 in Las Vegas, NV and have worked their way through the local music scene, undergoing various lineup changes over the years.  Leather Bound Crooks has evolved into the 4-piece it is today, comprised of Jaba Li James (vocals, rhythm guitar), Ryan Severin (lead guitar), Jeremy Hartman (bassist) and Chris Bolosan (percussion) and have become known for crafting catchy hooks and powerful, profound lyrics for each and every song.  Jaba Li James (Jawaun Barton) started the group with a couple guys he met at a back yard party in 2011.  After a long 2 years, the quartet released an EP titled “Forward Pace” and a single titled “Spread the Love.”  Soon after the release of their first single, the band went through a lineup change when their drummer realized his heart was not fully committed to the band and their lead guitarist started a family and both left the band.  Jaba, driven by his inspiration and ambition, continued to march forward with guitarist Ryan Severin and their consistent determination paid off when joining forces with the current members Chris and Jeremy. The quartet melds together to form the perfect musical blend. In 2017, they released the EP Four Corners that combines elements of punk and emo in the vein of Unwritten Law and Silversun Pickups.  In the pursuit for cultured lives and laid back ways, they make mesmerizing music that’s native to the heart yet local to the soul and resonates in their recently released debut full length album Breach.  The album was written, recorded and produced through real life trauma, heartache & closure.  With the help of author Brian Sherman, whom the band collaborated and co-wrote 3 songs with, they crafted lyrics that speak to those who have dealt with personal battles and come out alive.  Paired with heavy leads and an alt-rock rhythm, Breach  is an honest attempt from Leather Bound Crooks to represent experiences unspoken in most mainstream songs today.

Today sees the premiere of the band’s new music video for their song “Crazy Crazy World”.  “We are excited to share with our fans this unique, unorthodox music video produced by creative art prodigy Kaylee Brown.  The song and music video are about one man’s journey to trust in himself and love.  Our main character returns to his home state in search of love which he ultimately finds but not before exorcising his past demons.  We loved writing this song with our Co-writer Brian Scott Sherman and working with the incredibly talented saxophonist James Duckery.  Choosing to remain positive in this “Crazy Crazy World” is at times challenging, but to bring positive change we must inject love into the blood stream of our hostile forces — which at times is the person looking back at you within the mirror”, states the band.  You can follow Leather Bound Crooks and stay up-to-date on all upcoming music, band and tour new, as well as stream and purchase their music, via the following links:
Website | Facebook | Instagram | Twitter | Spotify | SoundCloud | YouTube | iTunes/Apple Music | Deezer | Google Play