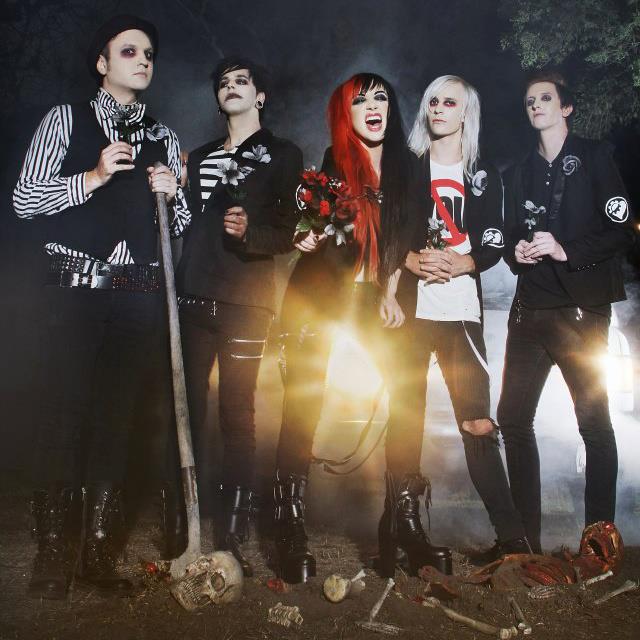 Self described Haunted House Pop-Rock rock band New Years Day have been kicked off the current The Scene is Dead Tour headlined by Blood on the Dance Floor. Lead vocalist Ashley Costello wrote a brief blog post about her experiences on the tour last night, but shortly deleted it. Today the band released their official statement which can be read below.

Dear friends, followers and fans, it is with great sadness and disappointment to announce that New Years Day is officially no longer a part of The Scene Is Dead tour. We are very saddened that we will not be seeing your faces at the shows we were scheduled to play. To avoid any confusion, we want you to know that were asked to leave the tour by Blood On The Dance floor because we stood up to bullying and abuse and would no longer tolerate the physical and verbal abuse of ourselves and our fans that went on behind the scenes, which was ultimately led to our departure. We can no longer associate ourselves with behavior that we do no stand by. We hope that you understand and trust us that we would have stayed and finished the tour ONLY to make each of you happy, but unfortunately, we could no longer tolerate the treatment of others we had to witness and the treatment to ourselves. More details to come in the future. Look forward to our new touring schedule to be announced soon.
With all of the love in the world,
Ash, Nikki, Anthony, Jake and Russell -New Years Day

Although this is a minor set back for the band they have recently released a new lyric video for their single “Do Your Worst” on Alternative Press this week.