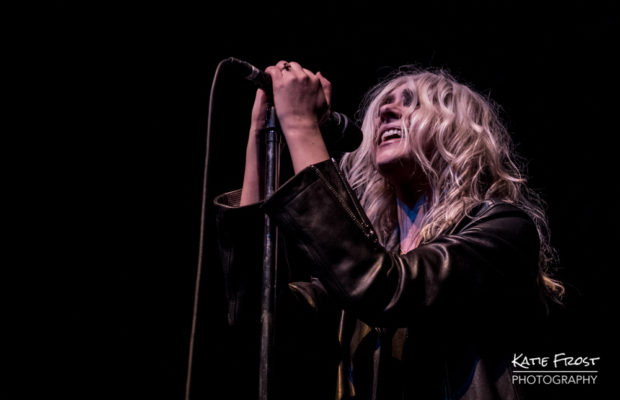 Who You Selling For Tour

Female-fronted US rock band The Pretty Reckless recently completed a five-date UK tour promoting their third full-length studio album, Who You Selling For, which was released on 21 October 2016.

The band opened their set with “Follow Me Down” from their 2014 record Going To Hell and went on to treat the sold-out London crowd to a fantastic selection of tracks including “Make Me Wanna Die” and “Since You’re Gone” from their debut album Light Me Up (2010), together with tracks from their brand new album, Who You Selling For. Their latest single “Oh My God” is a great rock song and it was fantastic to see it performed live.

The band bought the tempo of the evening down momentarily with one of my favourites “Just Tonight”, followed by the new album title track “Who You Selling For” – a heartfelt ballad showcasing Momsen’s trademark raspy vocals. I am always amazed by the voice that comes out of the small blonde rock-chick.; at only 22 years old Momsen’s voice has the depth and soul of someone twice her age or more. She has left her acting career far behind and seems to have truly found her calling in the world of rock music.

Not content with providing a solely vocal performance, Taylor picked up her guitar for a couple of the tracks, including “My Medicine”, and shook her tambourine during “Fucked Up Word”.

Support came from UK four-piece rock band Cruel Knives; the new incarnation of Sid Glover and Rob Ellershaw,’s previous band Heavens Basement. Opening with their debut single “The World We Were Sold” the band put on a brilliantly energetic set and got the crowd suitable warmed up for the main act. Stand-out track for me was “The Promised Land” but these guys are definitely worth keeping an eye on!

Photos and Review by Katie Frost