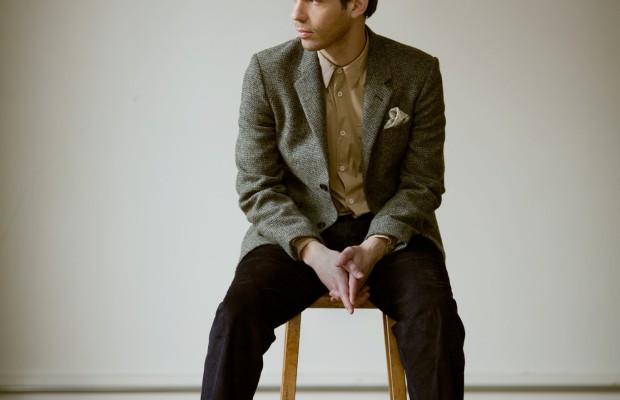 What made you decide to want to pursue a career in the music industry?
I started writing songs at age 16. It was just a way of coping with myself, making sense of my emotions. It wasn’t till the end of college when I really thought about making a career out of it. I think it was the realization, plus the feeling of getting on a train and going to work a real job. I did that for the first couple years and it definitely spurred me on. I never wanted a day job.

Who would you say are your biggest musical influences?
I try to learn something from everything great, in movies, literature, comedy, and music The big one for me would have to be Dylan, The Beatles, Stevie Wonder, Elton John, Billy Joel, Elvis Costello, Randy Newman, Harry Nilsson, and believe it or not, Steely Dan.

Was music a big part of your life while growing up?
I went to a performing arts high school, so yes. I’ve been every day since I was 14.

You recently released a new album called ‘Mr. Saturday Night’ on April 4th. Are you happy with the feedback that you’ve gotten from the album?
Yeah it’s been amazing to read all the positive reviews. Really makes the process worthwhile.

Is there any songs on the album that you are really proud of? What are they about?
My two proudest moments on the album are probably “Fellow Americans” and “Another Guy’s Song”. One’s a sarcastic take on imperialism, the other’s about a life of piano bars.

Where do you draw inspirations for songs?
I don’t know where they come from. If I did, I can tell you, I’d go there a lot more often. It comes in the strangest ways, and it’s different each time. Really just requires me to keep all my sense open, and let the moment happen.

What advice would you give to kids who want to start writing music?
Be prepared to spend a lot of time banging your head against the wall, don’t quit your day job, and make sure to have fun. It is a precarious profession.

Is there something like a ‘life motto’ that you live by?
Bathing is a lonely business – John Geilgud

Are you trying to spread a message through music?
Not really. If anything, it’s don’t take anything too seriously. Especially my music.

What is your favourite thing about music?
Everything really. It’s pretty damn good.

How would you describe your music in one word?
Supercalifragilisticexpialidocious.