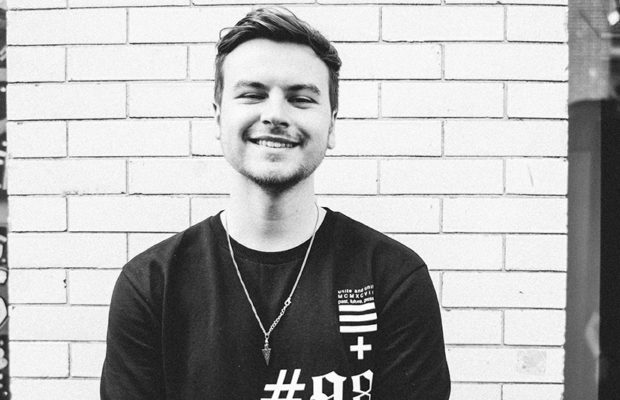 With their latest album, Equal Measures, released in the summer of 2016, UK pop-punk act Milestones has been touring non-stop throughout the UK and Europe. We caught up with vocalist Matt before their first show on tour opening for Mayday Parade in New Orleans, LA (also their first show in America!)

For those of you who are new to your music and to your band: How did you guys get together and form?

So we were all kind of in the scene in different bands doing our own thing. I promoted a lot, and when I was promoting the guys used to be on some of my shows and that’s how I knew them. I quit my old band and they quit their old bands and we just came together to form a band. We wanted something a bit more serious instead of a hobby, so we kind of went out with the same mindset from the start.

Are there any differences between performing in the UK and in America, and if so what are the biggest things you notice?

I don’t know yet! This is our first show in America tonight! Haha but there’s a difference between the UK and Europe though. It’s completely different. The fans are so much more thankful in Europe. They don’t get as many bands coming through so when you do come, they are just crazy. I think a lot of people try to check out the bands beforehand. The UK has an audience that is a bit more critical, which isn’t a bad thing. But it makes Europe a lot more exciting to play for the first time.

Your EP Equal Measures came out last summer. What has been the highlight of releasing this music with Fearless Records?

I think that this is (touring a lot.) We got played on BBC which is like, massive. I don’t want to say it was a “milestone” ha but it was a big milestone for us. Coming to America and knowing that somebody somewhere wants us in a different country is insane.

You’ve already gotten to tour with some really well known bands like Hawthorne Heights and now a 10 year anniversary tour with Mayday Parade. What does it feel like to share the stage with some of the most nostalgic and influential bands in the scene?

It’s really cool. Hawthorne Heights have definitely been on tour for quite a while and you can tell, so it was nice to learn from people like that, especially being so young ourselves. We’ve toured a lot, but at the same time it’s always good to learn.

Tonight is the first night of your current tour and it’s sold out (in addition to a lot of the other dates too!) What can a packed house of fans and new listeners alike expect from your performance?

We like to mix it up. One thing you can say about us live and on the record, we don’t like to keep things the same. I think when we ask people what their favorite song was, they’d be able to tell us. Our set has a specific mood that we direct people through, and by the end of it we have a completely different sound than when we started it. People hear that and we try to create moments for people to remember.

This tour with Mayday Parade is sure to launch you into the American music scene. What does life look like for Milestones after this run is over?

We come home for 2 days and then go out to Europe with Simple Plan! We just did a European tour right before this (3 days ago) and then we had a day off and came in on this tour. I’m ready to get to sleep haha.

Photo and Interview by Jordan Hefler