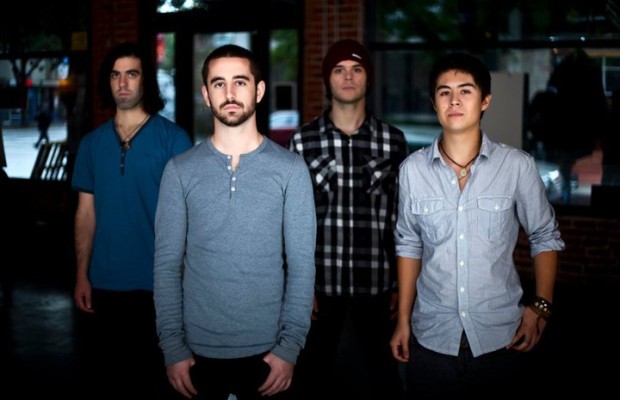 What was the most complicated part of your most recent tour?
Well, everything went pretty smoothly actually. The only hick-up was on the way to LA our van like, jumped out of nowhere while I was driving it. It ran fine after that but long story short – our transmission is now dead and it looks like we may be looking for a new tour van.

In what ways does music inspire you?
I think for me, other music is one of the best sources of inspiration. Obviously, being musicians, we are all music lovers. There is nothing quite like the way a song can hit you right where it hurts. Even giddy with excitement about how dope a line or a part was. Moments like that are when inspiration hits.

What is the story behind Modern Medicine?
Modern Medicine is an older song written shortly after high school. It mainly was me writing about the internal struggles I have with modern medicine. How it has become a multi-Billion dollar industry. How people pay off politicians. How much of the time the side-effects out weigh the benefits but so long as a profit is being made, who cares. The idea that there is a cure for cancer being hoarded because cancer treatments make millions. The fact that the legalization of weed will abolish countless random pills some people take and in turn struggle with the side effects that the unneeded chemicals bring. The bridge is about a girl who “wasn’t insane till the medicine came.” Sometimes listening and analyzing could provide a cure over randomly and carelessly prescribing drugs. However, I believe the latter takes place sometimes and that’s a sad thing.

What’s your favourite instrument that you own?
My favorite instrument I own is my guitar because its the one I feel confident with. If I owned a piano or knew how to play it proficiently my answer might be a little different. Now that you mention it, I need to bust out those harps.

What bands do you personally listen to, and how do they influence your work?
The bands I listen to change. I often find myself becoming obsessed with an album or a band for a period of time. However, the true ones stick. Like Coheed and Cambria or Thrice. That being said, I think inspiration is drawn from separate phases and bands I was obsessed with. The most recent being Pierce the Veil’s new album “Selfish Machines.” I think if you listen for it you may here a little bit of that influence in our new material. As for the bigger picture, lyrically and conceptually my biggest influences are probably Claudio Sanchez, Ben Gibbard, Conner Oberst, there are many others.

What genre would you consider I The Mighty as?
Old I the Mighty, like the stuff that’s released as of now, would probably fall under the genre of indie/alternative, maybe with hints of progressive rock regarding some song structure. New I the Mighty, like our material that will be released in 2011 is a step towards a little heavier and more progressive sound. There are still elements of indie rock and singer/songwriter inspired parts that will hopefully set us apart from the thousands of other bands out there that may sound something like us. I like to think we have a somewhat original thing going for us. Then again, doesn’t every band say that?

Do you consider yourself being in a band, a full-time job?
For sure being in a band is a full time job. At least taking it seriously is. You can always play music and promote locally and say you’re in a real band….but its thinking outside the box and
figuring out how you take it to a state/national/ international level that’s the tricky part. Formulating plans, taking risks, taking hits, building hype then concentrating on not letting it die. There’s a lot more that goes into trying to be in a band and making it a career than most may think. Its dedication. It also really helps to form a team of supporters around you who truly believe in the music, the message, and the product. Luckily, we’ve been fortunate enough to find some people like that.

How does your music reach out to teens, or your target audience?
Our target audience is probably teens – college grads. I think we reach out to them by being as real as possible. I don’t believe our music is shallow or easily digestible. I think for a lot of our songs you need to dig into them and read the lyrics and find your meaning in it. Some are more straight forward stories, others are drawn from real events. Either way every song has real emotion conveyed and I think that’s something relatable about our music. I don’t like the idea of dumbing down lyrics so the masses can understand them. I like to respect the intelligence of the listener. Let them put in some time or draw their own conclusions. Most of my favorite bands are that way.

What does I The Mighty hope to bring in 2011?
Well, our hopes are high. Hopefully, we’ll join the family of a credible label signed and start be touring the country for the remainder of the year. Hopefully our buzz continues to grow and blossom into something beautiful. Hopefully, our fans continue to be as loving and engaged and supportive as they have been. Hopefully, we’ll get to play a festival. Hopefully, our next EP or album release will be well received in the media spotlight as well as our fans…Hopefully….well that’s probably asking enough isn’t it. I’ll leave it at that.