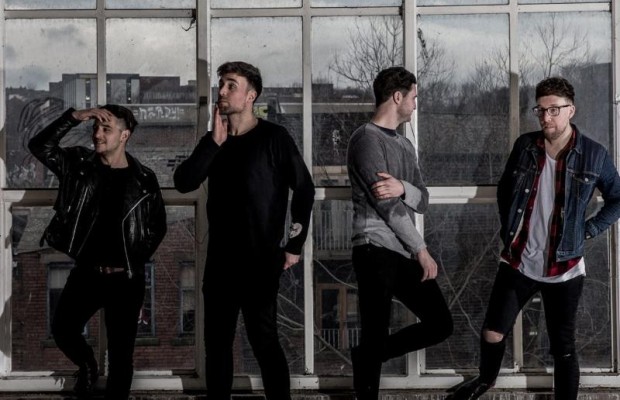 Noted for their two full runs on Warped Tour, UK alternative band Alvarez Kings has had quite the past year. In 2015, the band released their debut EP entitled Fear to Feel, which can be found on Spotify and iTunes. I had the opportunity to interview Alvarez Kings and talk about touring, their inspirations, and their plans for 2016.

In 2015, you guys released a new EP Fear to Feel. From where/whom did you draw inspiration for the music?
­We draw inspiration from everything. There are the bands that we love that inspire us, the people in our lives that are important to us, and the everyday interactions that we have with life. It would be hard to pinpoint one certain thing because our music is such a culmination of everything we experience.

What would you say is your favorite song off of the EP?
­We wouldn’t want to choose one song as a favorite because we only want to release songs that are our favorites. If we don’t love a song, we won’t put it out.

What was your highlight of 2015 as a band?
­At the beginning of 2015, we announced that we were officially signed to Sire/Warner Brothers Records. This was a dream that none of us ever thought would become reality and now that it has, we couldn’t be more excited to be a part of the Warner roster.

After runs on Warped Tour in both 2013 and 2015, what would you say was the best part of being on the Warped lineup?
­Getting to meet and hang out with the other bands on tour was great. We loved being exposed to the range of different acts and seeing them all perform each day. The barbeques that production would throw each night were a big highlight as well because we got to just talk with the artists and crew outside of the craziness of the tour during the day. The relationships that we formed on Warped still hold strong to this day.

What can the fans expect from you guys in the future? Do you plan on releasing any new music this year?
­We’re always working on new music. At the moment, we’re trying to get together the songs that will become our first debut album. We can’t say exactly when it’s going to come out, but fans can count on the fact that there’s a new album on the horizon.