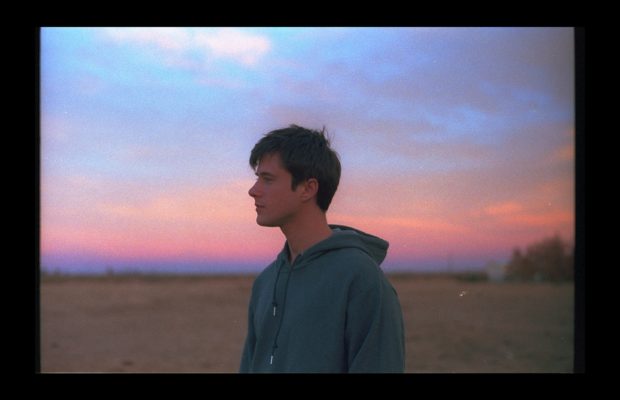 LA-based singer-songwriter Alec Benjamin has had an incredible journey of hard work and an unshakeable drive to get to where he is today.  Originally from Phoenix, Arizona, Benjamin has been releasing a steady stream of music since his breakthrough hit “Paper Crown” in 2014.  Along with Citizen Cope and Paul Simon, he counts Eminem as one of his earliest influences. Benjamin bought an Eminem album at 10 years old that inspired him to want to start down the path of music himself.  Aside from being an incredibly talented musician and singer, Benjamin is a storyteller that not only narrates beautiful stories, but sings about his own personal life experiences.  He found himself signed to a major label at the age of 18, having made a name for himself with his catchy chords and impressive vocals.  After turning in his first album, however, he found himself dropped by the label and having to start from scratch.  Benjamin took his unwavering determination and passion for music to forge a career in music on his own.  Embodying a DIY approach towards his career, the self-made artist built a fan base by performing parking lot shows outside of Shawn Mendes and Troye Sivan shows, handing out business cards to those who took the time to listen.  He also organized and performed his own European tour, garnering an international fan base in the process.  Almost immediately upon his return, he was asked to help co-write Jon Bellion’s “New York Soul (Part II)” album that led to an opening slot on Bellion’s subsequent tour.  He continued to perform his parking lot shows while on tour and uploaded a lot of music to his YouTube channel, gaining 150,000 subscribers in 6 months.  Having also toured with Matisyahu and Hoodie Allen, Benjamin has hit the ground running ever since.  His 2017 hit “I Built A Friend” reached almost 4 million streams on Spotify in less than a year, having been featured on a contestant’s dance routine on America’s Got Talent, and he has racked up over 140 million worldwide streams in the past 5 months alone.  The singer’s debut mixtape, Narrated For You, was released on November 16th and he is currently wrapping up his sold-out debut headlining North American tour.   I think it’s safe to say that Alec Benjamin is only getting started and has a bright future ahead of him!  Staff writer Emily May chatted recently by email with Benjamin about his new mixtape, his parking lot shows, and what’s next.  You can stay up-to-date with him and all upcoming music and tour dates, as well as stream and purchase his music, via the following links.  You can check out his latest video for “Boy In The Bubble” and his video for his hit track “Let Me Down Slowly” below.  Photo credit- Alex Currie.

Your mixtape Narrated For You was just released on Friday! What can you tell me about the writing and recording of it? What was the inspiration behind the songs?

For my mixtape, I wanted to put out a collection of stories of events and situations that have happened to me or that I could relate to. It was a personal journey.

You performed your first ever headlining shows this summer to sold out crowds in Brooklyn and LA and recently embarked on your debut North American headlining tour, which completely sold out. Does it feel surreal to you to have your first headline shows and US headline tour sell out?

It’s definitely an amazing feeling. I remember busking sold out shows for other artists and now I’m the one on stage. Pretty surreal.

You refer to yourself as a narrator who has drawn inspiration from Eminem, Paul Simon and Citizen Cope. When did you discover your love for storytelling and what do you love most about it?

My music is inspired by things that I’ve experienced or have seen. Being able to tell those stories is something I feel like I need to do. It could be something that has happened a while ago but I draw inspiration from it.

You were picked up by a major label at 18 and then were dropped soon after when you turned in your first album. What was it like for you to simultaneously get a record deal and be dropped at such a young age? Do you feel like you learned any lessons from the experience?

That experience definitely taught me about hard work and diligence. I knew I wanted my music to be heard and that I had fans who wanted to hear it. It was a tough time but it fueled my drive.

What gave you the idea to perform “parking lot shows” outside of Troye Sivan and Shawn Mendes concerts? What was that experience like for you? Did you get positive reactions and feel like you were able to grow a substantial fan base?

I think I figured that if those fans were there to listen to their music, then they might want to listen to mine too! It ended up helping me a lot and connecting me with some really cool people!

You have mentioned not liking to use the internet too much. In an age where music and technology/social media are so intertwined, do you ever find that challenging?

It can be a challenge. I think in our current society it can be a distraction and a necessary evil. It’s great to be able to connect with my fans on social media but sometimes I need to unplug too.

What’s next for you after tour? What are your goals going forward?