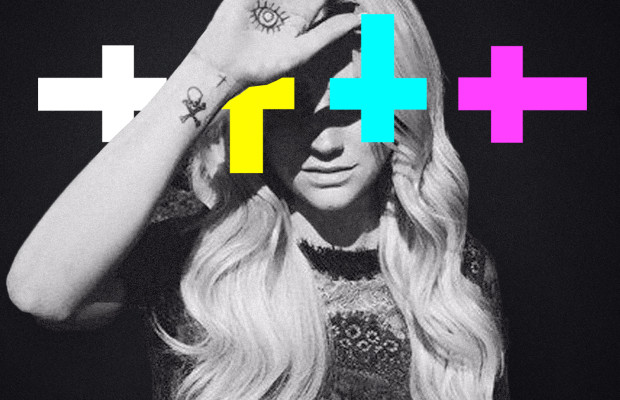 We Are Temporary has remixed Kesha’s Die Young and cut out all the parts where Dr. Luke contributed. Read his statement about the remix, and listen to the mix below.

”Kesha has been my wife Mary’s not-so-guilty pleasure for years. About three months ago—and despite generally detesting top-200 music—I thought I’d surprise Mary with a just-for-fun remix. And because I didn’t take it seriously and life is distracting, I didn’t finish it and so, for a few months, a half-finished Kesha remix just kicked around on my hard drive.

My wife’s soft spot for popular music not withstanding, Mary is an absolute warrior of a woman: fiercely intelligent, deeply religious, and a staunch feminist. And as you would expect from a liberal arts marriage, she and I have spent countless days and nights throughout our 15-year relationship discussing the injustices of gender inequality, sexual abuse, and our culture’s predatory sexualization of young teenage woman, etc.

This past week, Kesha’s ill treatment was a hot topic at home, with Mary having been particularly furious about how few male artists were speaking out in defense of Kesha. Why weren’t men doing more to support victims of abuse, to fight against the double-standard sexualization of female artists across popular media?

It sort of occurred to me then and there, that I still had this unfinished Kesha remix lying around. After a quick Google search informed me that Dr. Luke did in fact produce “Die Young”, I ripped out all of the original production elements I had used, and decided instead to amplify Kesha’s voice and give the remix a more somber and menacing electronic sound.

When I played Mary a draft of the remix, she liked it, but wanted to amplify the discomfort, since the listener SHOULD be uncomfortable. Given how messed up the lyrics are in light of the current controversy, she thought that I should do more to highlight this by distorting and mangling the rap—an idea which I immediately jumped on. What started out, then, as a bit of an inside joke between my wife and I, transmogrified into an act of solidarity—not just between us and Kesha, but also between me and my wife.

We are, of course, both disgusted by the way Kesha has been treated by her former team at SONY, but more so, our hearts go out to the millions of other women who have been sexually abused, and who, like Kesha, are far too often shrugged off, silenced, and casually accused of hysteria and hyperbole. As men AND women, our knee-jerk reaction should never be ‘this doesn’t affect me, so I’ll keep quiet.’ Abuse, racism, sexism, and classism affect all of us. We should be uncomfortable—uncomfortable enough to say something.”