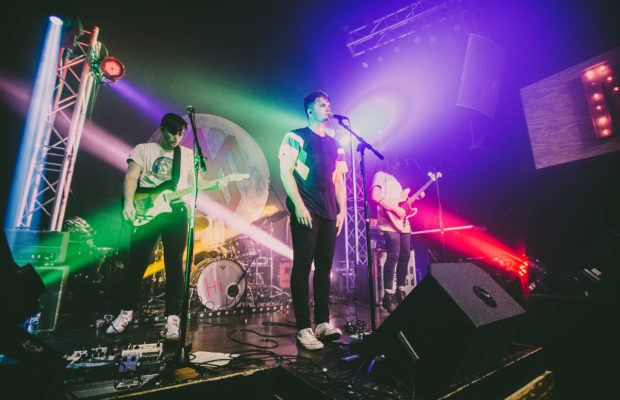 Honest Men with Northern National and The Ivy

Main At South Side

On September 5th in Fort Worth, TX at Main at South Side, three very different but incredibly talented artists took the stage. The show started with The Ivy, a three-piece indie synth pop band from Oklahoma City, Oklahoma. The Ivy commanded the stage with beats and melodies like their newest single, “Better In My Head.”

Next, Dallas local rock band Northern National performed. Starting their set with their anthem “Addiction” and ending it with an already crowd-favorite new song “Not All Family Is Blood.”

The show’s main attraction, though, was Honest Men, indie pop rock band from Waco, TX. Honest Men started their set with “Sam,” a ballad off their newest EP. They went through hits off their first record, Okay Dreamer, and their newest self-titled EP. Filling the small bar with the huge sounds of their songs like “Colors” and “Lacy Lake,” Honest Men brought a Colony House-esque energy to the Fort Worth venue.

They also captivated the crowd emotionally with their ballad “Rose” and an unreleased track. One of the most unique things about an Honest Men set is that Seth Findley, who plays guitar and tambourine as well as sings leading vocals, is also a drummer. During multiple moments of their set, Seth would play a smaller drum kit to add to the already complicated beats provided by Zach Solomon. During their closing song, “Mad Love,” Seth actually played a drum solo on Zach’s kit to close out the show. Honest Men puts on such an entertaining show and are definitely an upcoming act to watch out for.