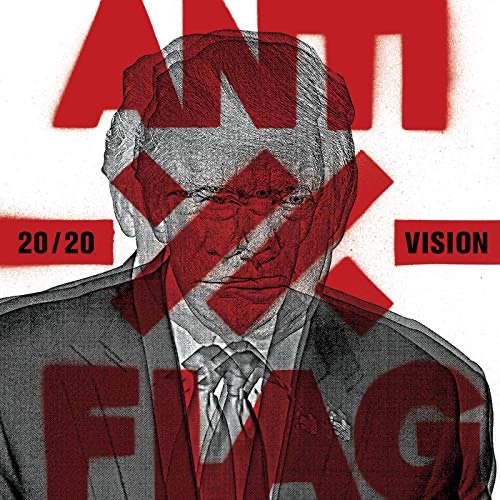 Punk music has always been a safe space for all kinds of anger, including that of fascists and white supremacists. When the Dead Kennedys said “Nazi Punks, Fuck Off!” in 1981, it didn’t come out of nowhere. Fascism and punk should be polar opposites, but the fascists in all their skinhead glory have been there almost since the beginning. We can probably trace theorigin of the Nazi Punk back to the ironic use of Nazi imagery by early punk rockers like Sid Vicious. Even David fucking Bowie dressed up like Nazi. These early punks were just trying to be shocking, but their use of the Nazi aesthetic likely made the fascists feel comfortable in the punk circle while pushing out the minorities whose anger actually belonged there. And so ashitty subculture was born and punks had to take a stand against it, lest they never got to wear Doc Martin’s proudly again. History, sadly, repeats itself, and Nazis are freely gathering in our streets once more. Now it’s time to take a stand again, and speaking as a minority, you’re either standing with us or against us.

With their latest album 20/20 Vision, Anti-Flag has decided to stand up and speak out. They’re with us.

Credit where credit is due: Anti-Flag isn’t the first band you’d criticize for not speaking out politically. From their politically charged name to every album they’ve ever created,the band has done plenty to establish themselves as anti-hate and anti-bigotry in all its forms. However, they have also made a point of attacking ideas rather than actual people or political parties. In all fairness, it’s true that ideas outlast people and every U.S. president ever has been a war criminal, but now is the time for specifics, and Anti-Flag agrees. Donald Trump’s disgusting words have obviously struck a nerve with the Pittsburgh-based punk band. With a photo of Trump smacked on the album cover and his speeches mixed into the opening track “Hate Conquers All,” it’s clear that the kiddie gloves are off.

​Art has always been politically charged and you’re lying to yourself if you think otherwise. Nothing is apolitical, as Anti-Flag has always been aware, but now they’re taking things up a few notches. With 20/20 Vision, Anti-Flag have become the responsible Punk rockers we need in this moment. They cover a variety of real-world topics on the album, from global warming (“20/20 Vision”) to the fascist Christian nationalists who preach love but spew hate (“Christian Nationalist”). The album also celebrates being on the right side of history in songs like “Don’t Let the Bastards Get You Down” and “Unbreakable.” These tracks serve as a reminder that protests and sticking up for what’s right aren’t squeaky clean or easy. Killing with kindness is a lie, especially when the enemy is far from kind and is literally killing us.

​Catchy and clear in its messaging, 20/20 Vision is my favorite album from Anti-Flag in a long time – and it couldn’t have come out at a better time. With the election coming our way, this album is a ray of hope in the darkness. Hope that others are listening and that what’s left of punk can kick out the scum, not just from the subculture but also the world. With Nazis once again marching in the street, kids locked up in cages, and middle ground politicians trying to reason with the unreasonable, we are living in a dystopian nightmare. We need a revolution, and the revolution needs a soundtrack.