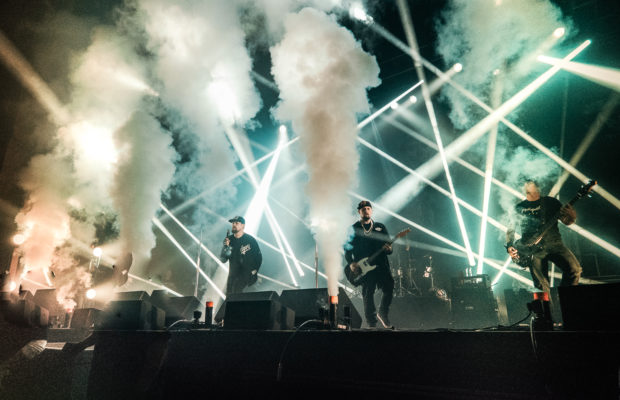 Good Charlotte brought their highly anticipated Generation RX Tour to the Agora in Cleveland on Sunday night. Opening up were The Dose, Knuckle Puck and Sleeping With Sirens.

Despite being sick, Joel Madden gave it his all and sounded great. The crowd helped, singing along loudly to all their greatest hits, as well as tracks from their latest release GenerationRX.

The crowd was a good mix and ranged from high school kids to middle aged people, who have been following Good Charlotte since they started out in the late 1990s. Their setlist included songs from a variety of their albums and much to my enjoyment they played a lot of their hit singles, including The Anthem, Riot Girl, The Young and the Hopeless and Lifestyles of the Rich & Famous.

After 17 songs they left the stage, unfortunately without coming back out for an encore.

If you get a chance, go catch them on this tour. You will not regret it. All tour dates can be found here.