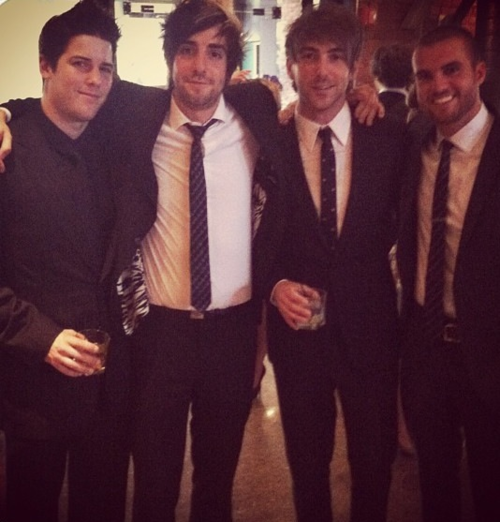 All Time Low has been forced to postpone their scheduled shows in Brazil and Mexico.

Hey guys, this just in from the promoter from our shows in Mexico and Brazil set for next week. This was not our decision. We had plane tickets purchased, gear shipped, and were ready and excited to go see you guys. We will be back soon. We are truly sorry that this happened, and feel awful that we can’t come.

Unfortunately due to unexpected circumstances we regret to inform that Next Generation Fest 3, scheduled to happen on 27-28 July in Sao Paulo, is POSTPONED for December 2013.

With this the shows of All Time Low and 3OH!3, scheduled to happen on 26 July in Porto Alegre are also postponed for December.

The postponement is not related to band’s decision, but only by the organizers, Web Rockers.

In the next few days we will announce the new dates and more details for Next Generation Fest 3 and show in Porto Alegre.

Tickets purchased for both Next Generation Fest 3 and show in Porto Alegre will remain valid for the new dates of December.

The band has also revealed that they are currently working on new material.