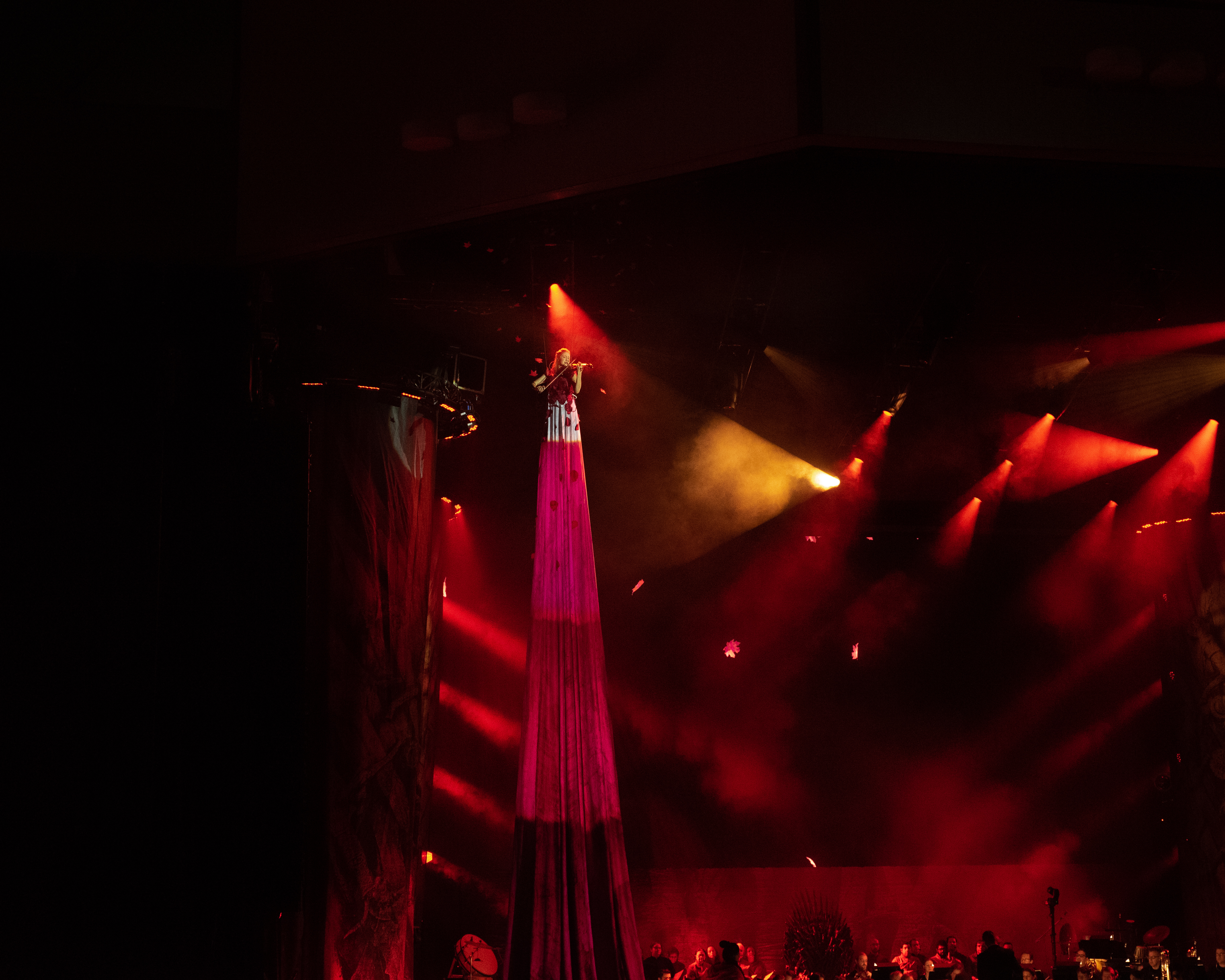 I’ve always found it strange how HBO’s Game of Thrones became a cultural phenomenon. Fantasy was a niche, nerdy genre for decades, and until Game of Thrones came around, the only massive, mainstream fantasy successes were the Lord of the Rings films (the first three, at least) and of course JK Rowling’s Harry Potter. And even those still got dismissed as TOO nerdy or, in Harry Potter’s case, just for children.

But something about Game of Thrones clicked for people. Normal, everyday folks who had never touched a fantasy novel or attended a renaissance festival were now enchanted by a world of kings, dragons, and even elves. I was never a big Game of Thrones fan; I enjoyed the first season, but it just wasn’t my jam. I’m more into science fiction (and I can feel my boyfriend rolling his eyes as I write this). So it’s all the more impressive that, even as a non-fan of the series, I found the Game of Thrones Live Concert Experience to be a complete delight.

I was lucky enough to be asked to attend the show at the beautiful Cynthia Woods Mitchell Pavilion in The Woodlands, Texas. Of course, it wouldn’t be Texas without the unexpected arrival of bad weather. Fortunately for the outdoor venue, the sudden storm was mostly cleared up before the performance began. The lines to get inside were full of fans both in and out of cosplay eager to enjoy the music from the show they had watched religiously for eight years.

Once seated, we were greeted by a beautiful and scarily convincing dragon projected onto the stage. As it snarled and flapped its wings above us, I knew I was in for a unique experience. The concert was one part symphony, one part light show, all parts excitement and fanservice. There was more hooting and hollering than any show I’ve been to in a long time, and I cover boy bands.

The two and a half hour concert was anything but your typical symphony performance. As a fan of classical music and television scores (shout out to the Succession theme song that’s been playing nonstop in my head the past few weeks), I always enjoyed the music that composer Ramin Djawadi created for the show, even when I didn’t enjoy the show itself. And it was surprising to see how much of the story could be told with just the music and some clips from the show.

The clear star of the performance was violinist Molly Rogers (and her many costume changes). She exuded so much personality playing and dancing around the stage that you could feel it all the way in the back of the venue. The highlight of the show was early on when she performed a love theme, suspended in the air, while roses fell down over her. It was a beautiful moment that honestly brought tears to my eyes.

I understand that there’s been a lot going on in the GOT fandom ever since the airing of the finale, but you would never have known from the audience at the show that night. There is still a lot of love for the series and there is no denying that the music is a big part of that love. This fandom and series may be far from perfect, but for that one night, you could have fooled me.