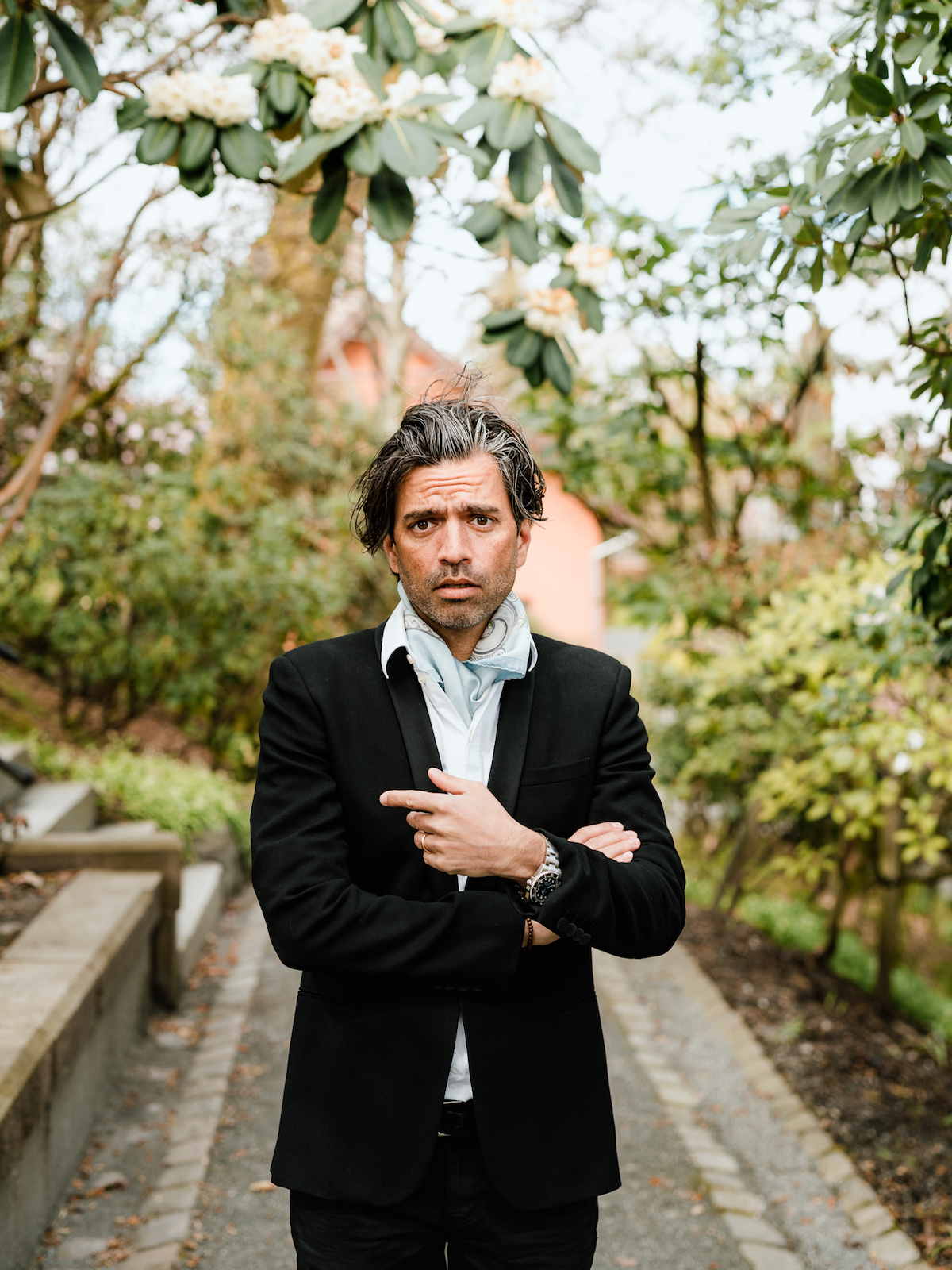 Recorded at the infamous Grieg Hall during Norway’s 69th annual Bergen International Festival (which took place on May 28, 2021), both “Bergheim” and “Understatement Lovesong” were premiered to an unsuspecting public who were more familiar with his former band’s rhythmic brand of dance music.  Now presenting an entirely different side to his songwriting with a lyrical and instrumental chamber piece in “Bergheim,” Saroea is leaning to a wholly different creative muse.

“I realized there were similarities to the feel of Ennio Morricone’s amazing music from Giuseppe Tornatore’s wonderful film Cinema Paradiso, so I named the song after the Cinema Paradiso of my own childhood,” says Saroea about the inspiration for his debut single. “As a kid growing up on an island in Norway, we had our own provincial cinema called Bergheim, and that cinema also served as a community house, a gym for indoor soccer practice, a concert venue – and even housed parties and discos. So I guess the song is a wordless sentimental gaze back to an innocent childhood.”

* Original Artwork for Fredrik done by renowned artist Magnus Voll Mathiassen – who has illustrated everything from Rihanna’s Unapologetic to this year’s colorful Oscars rendition.

Featured in “Best Of” lists from Rolling Stone to NME and headlining festivals from Coachella, Lollapalooza, Reading and Leeds, his former band Datarock impacted music scenes worldwide while also infiltrating both the videogame market with inclusion in FIFA and Sims and the commercial environ with ads for Apple, Google, Microsoft, Samsung and Coca Cola. While their singles including the smash “Fa-Fa-Fa” cemented them as dance sensations, Saroea moonlighted as a restaurateur by opening world famous and Michelin-rated restaurants Lysverket and Hoggorm in Norway.  Saroea’s first solo album – Rona Diaries (released May 28, 2021) – was inspired by everything from post-rock (The Sea and Cake) via classic hard-core (Fugazi), noise-rock (U.S. Maple), space-rock (Flying Saucer Attack) and art-rock (Blonde Redhead) to The Smiths’ indie classics, Sun Kil Moon’s lyrical songwriting and Scott Walker’s ballads.

As COVID-19 shut down live music in 2020, Saroea started recording solo material at YAP Records’ studio – YAP HQ back home in Bergen (Norway) – with the help of DATAROCK drummer Øyvind Solheim engineering, mixing and co-producing. The 12 songs jammed in on the 29 minutes debut was then mastered by UK’s GRAMMY® nominated Mike Marsh (Björk, Massive Attack, Basement Jaxx, Oasis, Prodigy, Depeche Mode, Calvin Harris) and received few but raving reviews around the world upon release.  “Bergheim ” was mixed in Los Angeles by the two-time GRAMMY® winner Mark Rankin (Adele, Queens of the Stone Age, Iggy Pop, Weezer, Foster the People, Florence and the Machine, Harry Styles) and mastered by Mike Marsh in the UK.  The single’s artwork was created by renowned artist Magnus Voll Mathiassen who worked on Rihanna’s Unapologetic and 2021’s Oscars.  You can connect with Fredrik Saroea via the following links.  Cover photo credit: Cecilie Bannow.