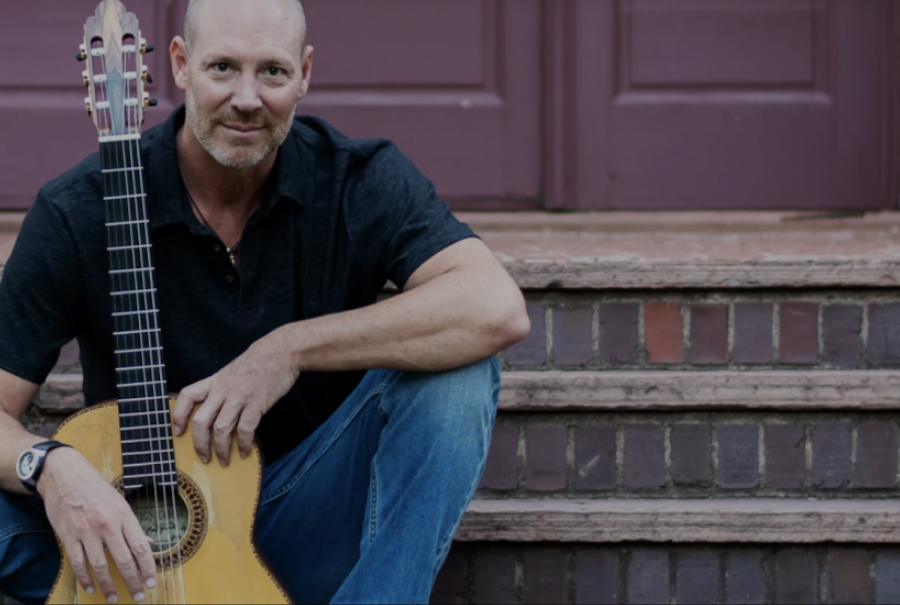 Flamenco guitarist, composer, and performer from Castle Rock, CO, Gary Meyers, hasn’t always been creating the sounds of Andalusia and greater Spain. In fact, this life long musician played electric guitar, Van Halen style, for years before discovering Flamenco. “Flamenco is the sister music of Northern America’s blues—both come from oppressed people,” Meyers says. “The passion of flamenco is like that of the original blues artists, and, when I first heard it, it touched my soul. There’s a lot of struggle and pain in this music, and that melds us together.” He playfully calls his music platform and brand, “Dirty Flamenco,” humbly acknowledging he is a Westerner playing a music near and dear to the heart of Andalusia, Spain, and beyond. Gary just released his new album Desperado’s Shade, a completely flamenco based album, though each song gives their own personality and variation. He plays the guitar with such finesse, like the guitar is providing the vocals to each song. He beautifully connects the music to your soul in such a way that entrances you into the story of the song. He guides you through with his communicative instrumentation. While each of the 10 songs provides the smooth and infectious sounds of Spain, he manages to somehow provide a different narrative experience with each. “Coming Storm” provides the listener with the feeling of being stuck in a powerful storm, with darker tones and a faced paced beat. With “Pyramid Secrets,” he mixes flamenco with the sounds of Egypt, like lots of congo-like drums and a triangle. He puts us in ancient Egypt with the song, like we are royalty enjoying what life has to offer. With “Cliff’s Edge,” he actually has the heavy percussion compete with the softer melody, like he’s inducing a sense of conflict. When the percussion gets heavy, it’s symbolizing the bottom of the cliff and when the melody gets heavy, it’s symbolizing backing away from the cliff.

A lot of his songs feature a feeling of being on horseback, riding through the landscape. “Spanish River,” “Andalusia Trail,” “Old Ways,” and the title track, “Desperado’s Shade,” all strongly characterize this feeling. He provides a perfect visualization of these journeys on horseback through his deliberately written music. Of “Desperado’s Shade,” he shares “This was the first song I began to write in the Spanish Rumba style.  Inspiration came from my experiences walking and visiting areas in Spain (Seville, Cadiz, Barcelona, Malta) while I was on my cruise ship contract.  Images of Clint Eastwood spaghetti movies which were filmed in Spain) and the desperation of traveling alone by horse in dangerous mountains with desperado’s fighting for resources and to survive.  Tough, resilient and desperate….”. Desperado’s Shade is the culmination of years of practice and performance. It’s a next-level musical milestone that honors tradition, but also imbues an individual’s artistic spirit into world music. “This is my proudest moment,” shares Gary.

You can connect with Gary Meyers via: