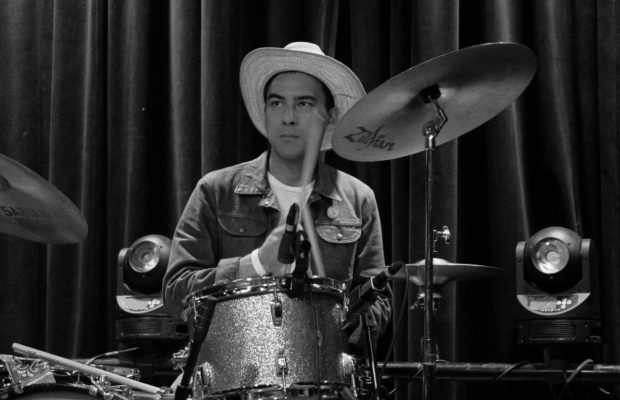 New York City based trio EZTV, who are currently touring made a stop recently in Louisville, Ky.  Their music had been described as “classic American power-pop meets left-of-the-dial experimental”, which is an accurate description.  Although there was a fairly light crowd for a Wednesday evening, the band got those who were there moving with their catchy hooks and groovy songs.  Singer/guitarist Ezra Tenenbaum, bassist Shane O’Connell and drummer Michael Stasiak are a very cohesive band and it’s apparent that they love playing together.  They performed a nice variety of songs, including a cover of a Flaming Groovies song that got the crowd dancing!  Fellow NY indie pop band Beverly, who are touring with EZTV, opened the show.  Their fun and upbeat songs got the crowd ready for a great night of music!