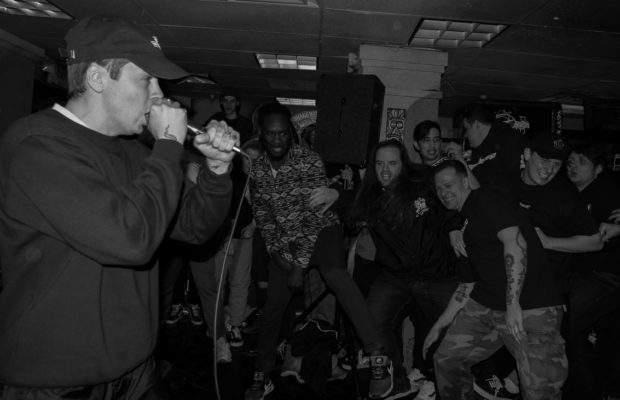 Canadian hardcore punk band No Warning performed recently in Louisville, Ky to a packed venue of eager fans. The venue was a local pizzaria, with tables along the side of the room and a rug on the floor towards the back that acted as the stage, giving the evening a house show feel. As soon as the band prepared to play, the crowd was ready to get rowdy! From the first note, the crowd was moshing in the center of the room and singing along to the songs. The show was small and intimate, with vocalist Ben Cook in the crowd for the majority of their set singing with the fans. Although the band’s set was fairly short, they packed a lot of fun and energy into it, hanging out after the show to chat with their fans. Louisville bands Transgression, Constraint and Wicked Garden, as well as New York hardcore band Hangman opened the show.