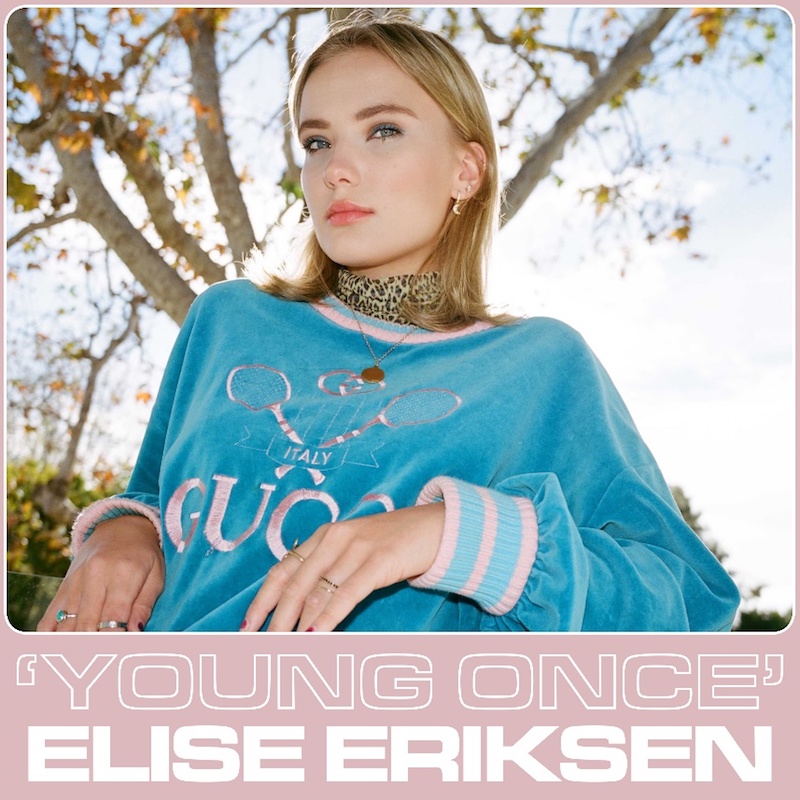 Emerging pop artist Elise Eriksen has released her new single “Young Once,” a blissful, soaring anthem about living in the moment which features Elise’s powerful vocals against a background of crisp electric guitars and shimmering synths, propelled by a driving, electro-pop drumline.  Continuing Elise’s string of glittering pop gems kicked off by her singles “Less” and “Smile,” and capturing the euphoric energy of a carefree summer day, “Young Once” will soundtrack a primetime campaign for Intersport in Norway, which also features Elise.  “I am so excited for this song to be out because it takes inspiration from my favorite bands from the 70s but is still really personal,” says Elise. “I want people to feel good and happy when listening to my music and I hope this song does exactly that.”  “Young Once” follows the recent release of Elise’s collaboration with legendary DJ Afrojack who reimagined her debut single “Less ft. Shoffy” as a shimmering summer anthem.  The original version, co-written with multi-platinum songwriter Julia Michaels and featuring both Shoffy and Blu DeTiger, recently broke over a million streams on Spotify alone after being featured on key pop playlists worldwide and receiving international radio play.  The effortlessly cool video for “Less ft. Shoffy” reflects on growing apart in a relationship and shows Elise defying expectations to stand out alongside a cast of her best friends.  Elise’s second single “Smile,” which was co-written by Sasha Sloan (Charli XCX, Camila Cabello, Anne-Marie, Katy Perry), showcases Elise’s distinctive vocals over her own piano instrumental while speaking to putting on a façade and smiling even though you’re not okay.  The breathtakingly stark video for “Smile” was shot entirely by iPhone 12 on a frozen lake in Norway at -15°F.

Originally from Norway, Elise moved to New York City soon after discovering her love for music and is now based in Los Angeles.  The daughter of one half of uber-producers Stargate (GRAMMY- winning producer Mikkel Eriksen, known for his work with Rihanna, Katy Perry, Beyoncé, Coldplay), Elise grew up in the studio surrounded by the world’s top artists and songwriters. Embracing the uncompromising work ethic she grew up surrounded by, Elise uses her encyclopedic knowledge of music history and first-hand experience to create perfect pop songs.  She devoted years to playing the piano and honing her craft before experimenting with writing songs of her own. Inspired by artists as eclectic as Stevie Nicks, Alicia Keys, Don Toliver, Pink Floyd, and Etta James, the seventeen-year-old’s dynamic musical imagination and sharp musical instincts reflect her endless creative curiosity and a deep commitment to her artistic growth.  You can connect with Elise via the following links: