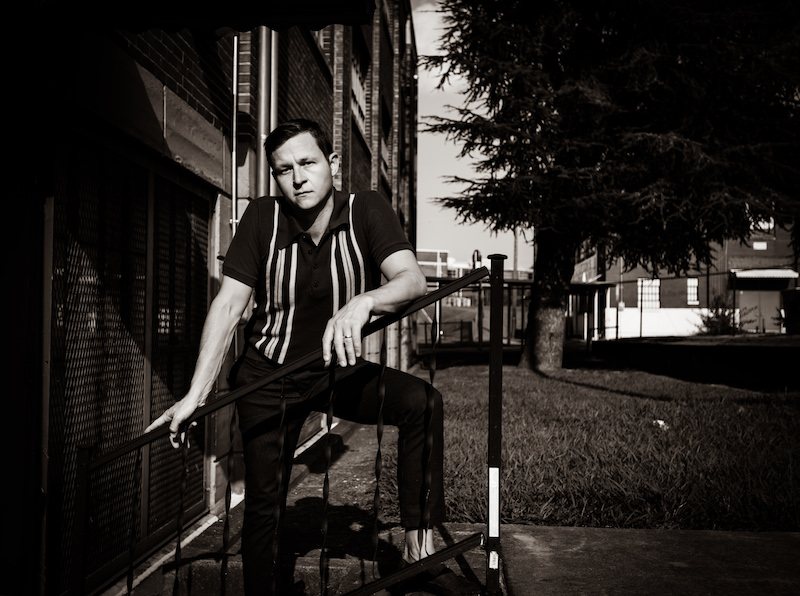 Nashville musician EG Vines never intended to sing or be a front man in a band.  Growing up in Arkansas, he got into mid to late 90s alternative bands at 13 and initially wanted to play the guitar.  A local high school band needed a singer, though, so he decided to give it a shot and found his talent for singing.  In 2009, after attending college in Alabama, he decided to move to Nashville to pursue music and give a music career a chance.  After finding a job, he later met some fellow musicians and formed the The Bandoliers, who after a few years called it quits, leading EG to branch out on his own.  He released his debut solo album Family Business in 2019, which got good reviews from the likes of Billboard, NPR and Rolling Stone and centered him as one of Nashville’s artists to watch.  Deciding to quit his corporate day job in order to pursue music full-time ahead of the album’s release, he looks back at his time splitting life between a desk job and music and says it resulted in him being constantly on edge, carrying frustrations on his back all the time. Having more time to commit to his music has allowed his to innovate and experiment with different soundscapes.  On August 27th, EG Vines will be releasing his new album Through The Mirror, an album described as part indie-rock nirvana and part reaction to an uber-politicized world.  “It’s that social dilemma,” says Vines. “People get in their hall of mirrors and maybe they’re not looking at reality.” Much of Through the Mirror—which was recorded locally at Nashville’s Skinny Elephant Recording with co-producer Dylan Alldredge—sees Vines drawing inspiration from punk and alt-rock favorites from his youth; both musically and socially, and encourages listeners to critically engage with the world around them to inform their own ways of thinking.  Calling the album a Rorschach test for the modern world, he delivers his messages through a wide array of subjects on his songs, from American history to what theoretical alien visitors might think when they arrive on Earth.  With some live shows and some videos in the works, Vines and his bandmates have no plans to slow down.  You can connect with EG Vines and stay up-to-date on all album and tour news via the following links.  Photo credit: Nate Brown